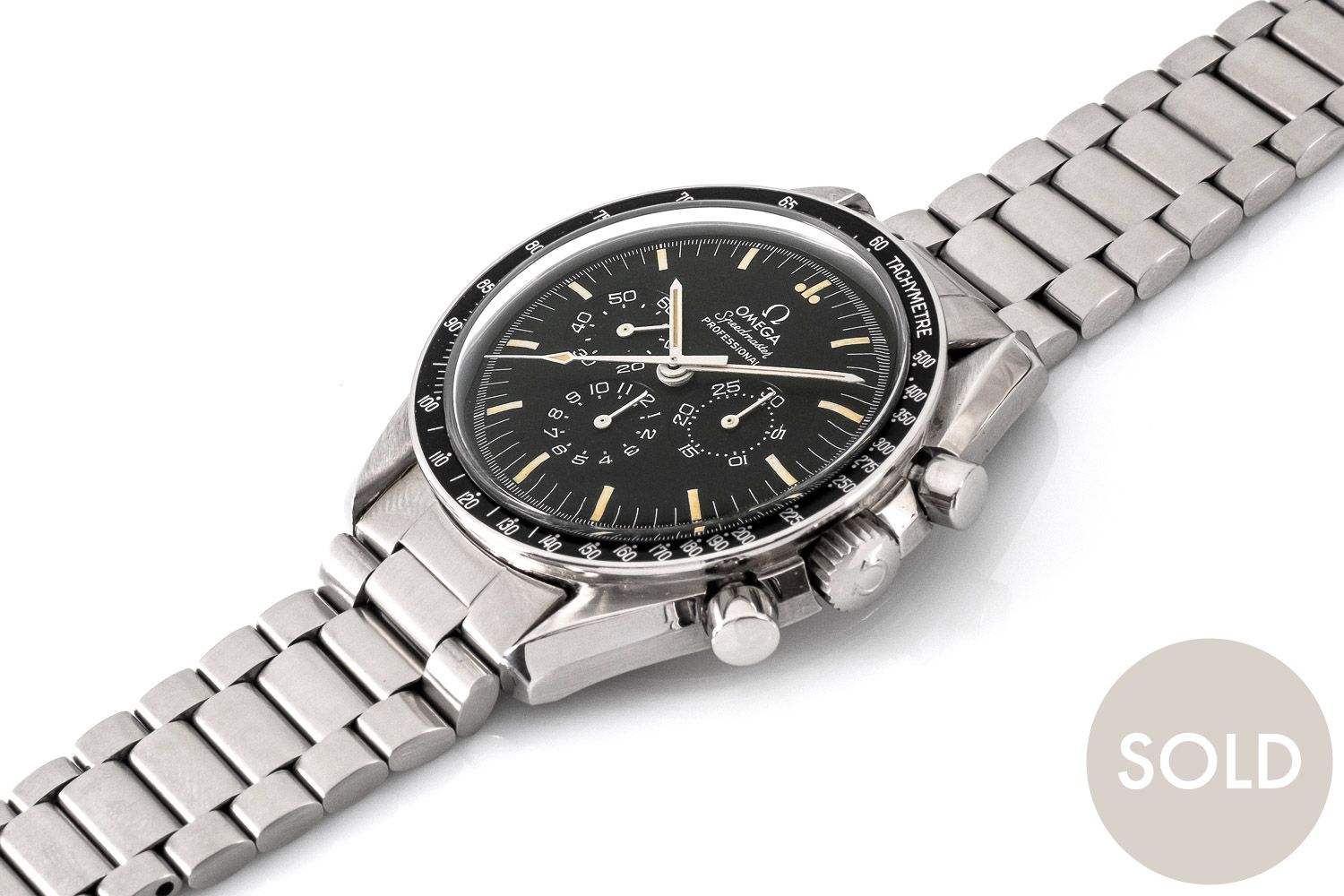 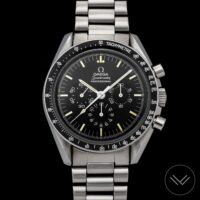 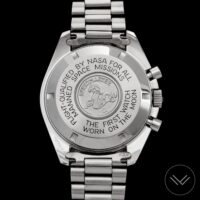 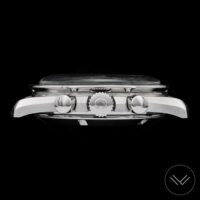 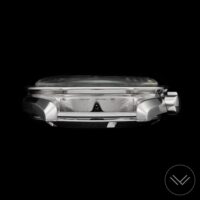 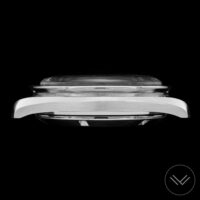 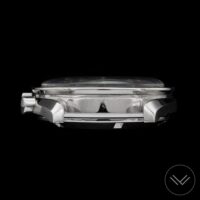 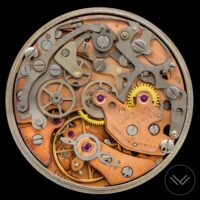 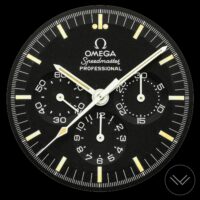 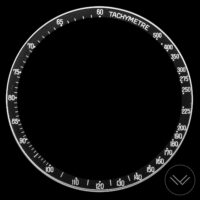 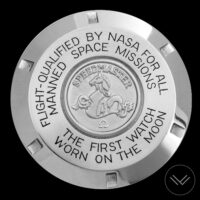 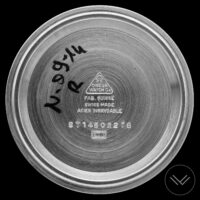 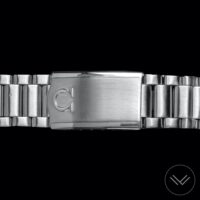 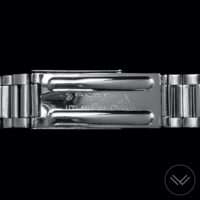 The present watch is an incredibly rare Speedmaster Radial, named after its special dial, which was developed during the Alaska Project III in 1978 to equip Space Shuttle astronauts.

The Alaska III models are characterized by:

– A case made by the American company Star Watch Case Co, to comply with the Buy American Act, a law that required US government agencies (including NASA) to favor products in which at least half of the components are manufactured or assembled in the USA;

– A black radial dial. This means that the numbers on the counters are positioned in a radial orientation, i.e. with the top or bottom always facing the curve of the circle. These dials do not have the SWISS MADE inscription.

A few more remained at OMEGA (Unissued), along with probably 30-40 additional dials. It is likely that since the 1980s, some of these dials have been fitted to standard Speedmasters. The present watch is such an example of a radial dial, mounted here in a Speedmaster ST 145.022-78.

It is in excellent condition, deserving a Watch Score of 9.3.

The NASA Alaska IIIs are the property of the US Government and thus not for sale. Unissued Alaska IIIs were OMEGA property, a very few left the factory and have been sold (only 3 seen).

To our knowledge, this Radial Speedmaster is the only one currently available for sale. 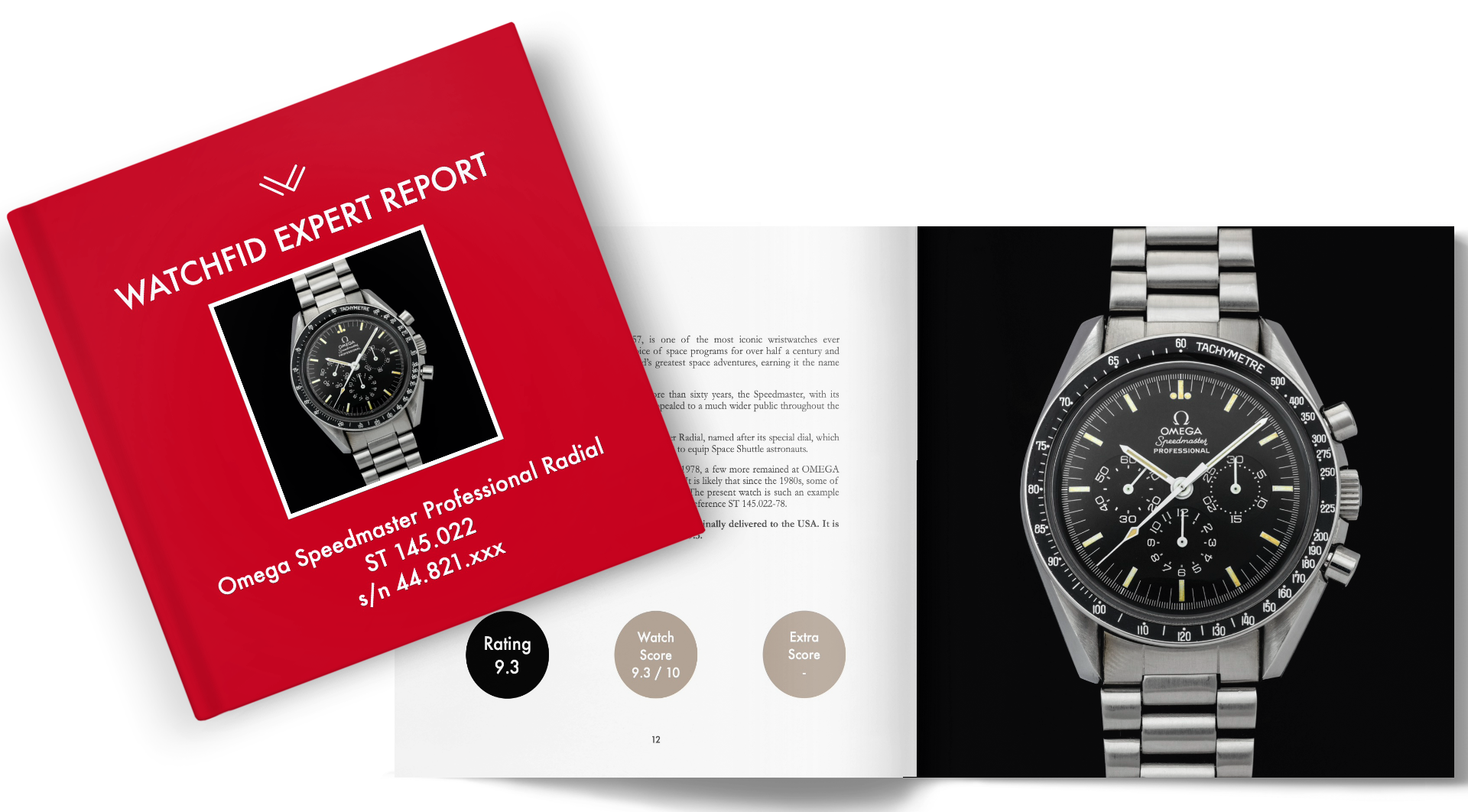