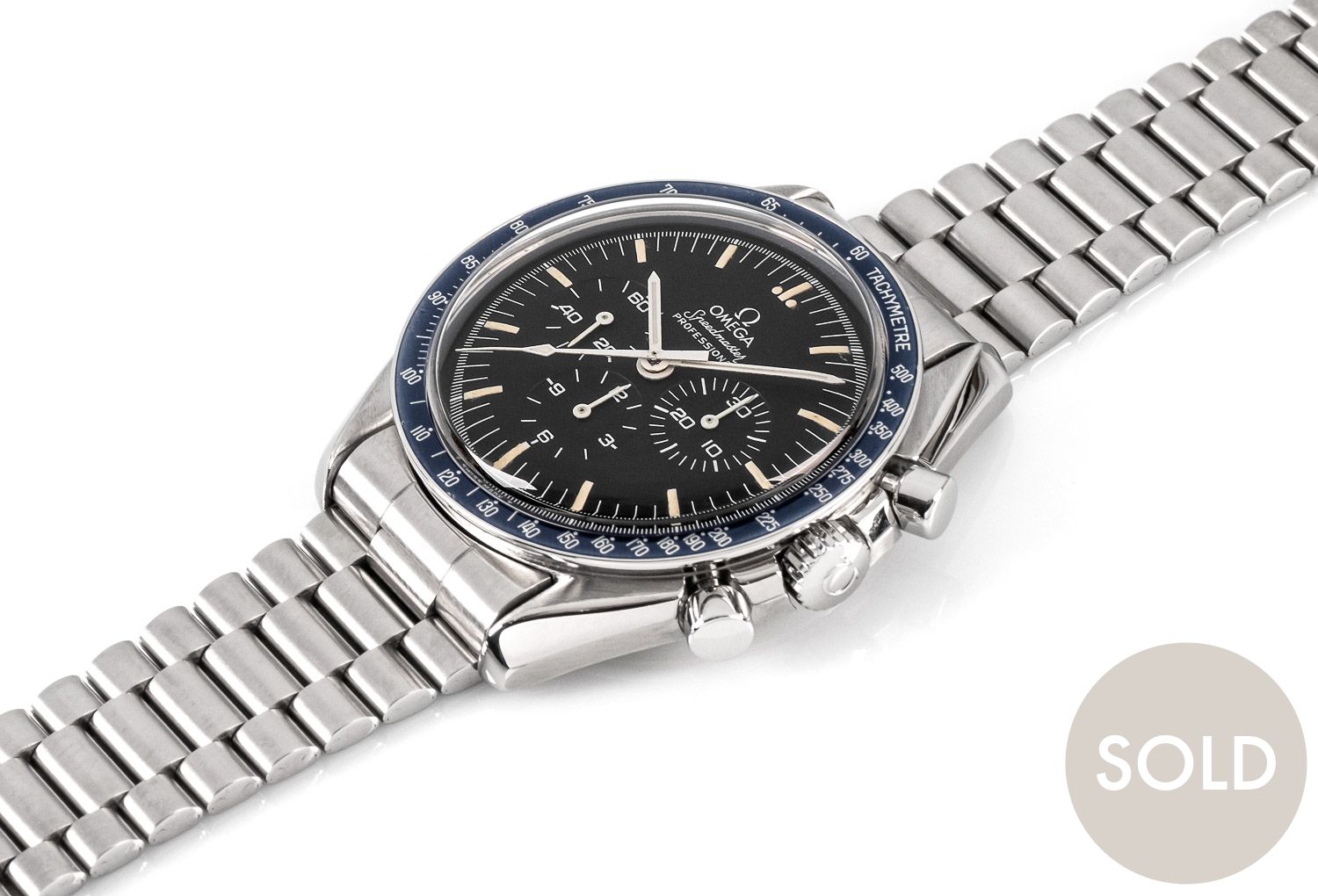 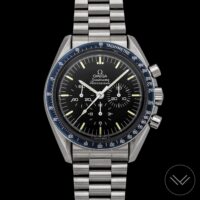 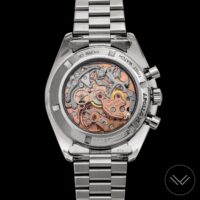 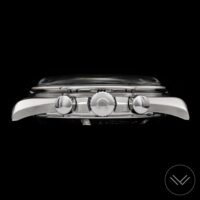 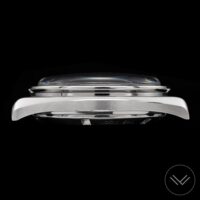 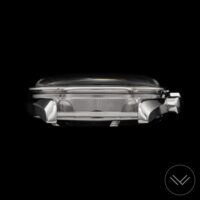 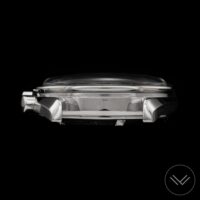 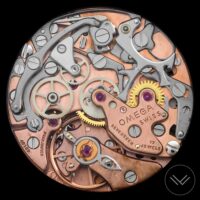 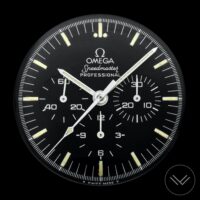 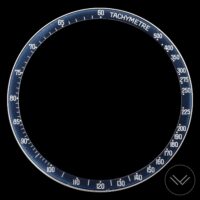 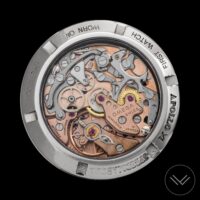 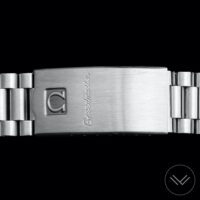 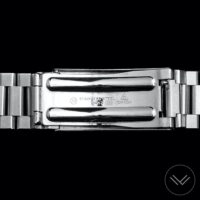 In 1985, Omega presented the first Speedmaster in steel with a sapphire crystal caseback to  celebrate 20 years of the Speedmaster flight qualification by NASA. The caliber 861 was upgraded with a luxury finish and renamed 863. This first series was a numbered edition of 1’000 copies, with an individual number engraved on the caseback bezel and on the case between the lugs at 12 o’clock. It is the only Speedmaster with a numbering at this location.

In 1988, a second numbered edition was unveiled, with a new yellow plating of the caliber. After these two numbered editions, Speedmasters with display backs remained in the catalogs, but in unnumbered production.

The  Watch Score, which rates the conformity and condition of the parts is 8.8.

An Extra Score of 0.5 is given for its unique bezel.

Please note that this watch has been serviced by our watchmaker and has a 24-month guarantee. 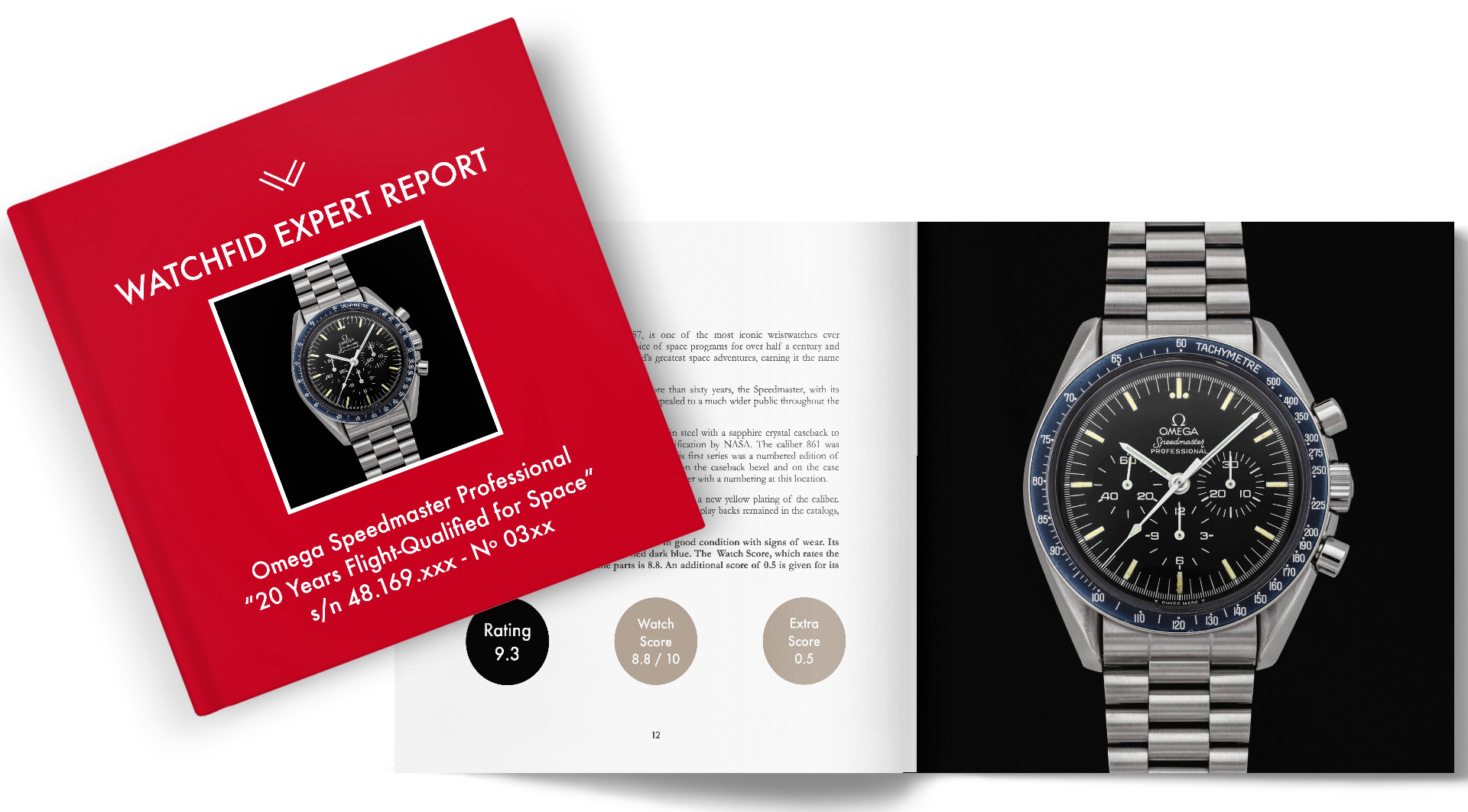