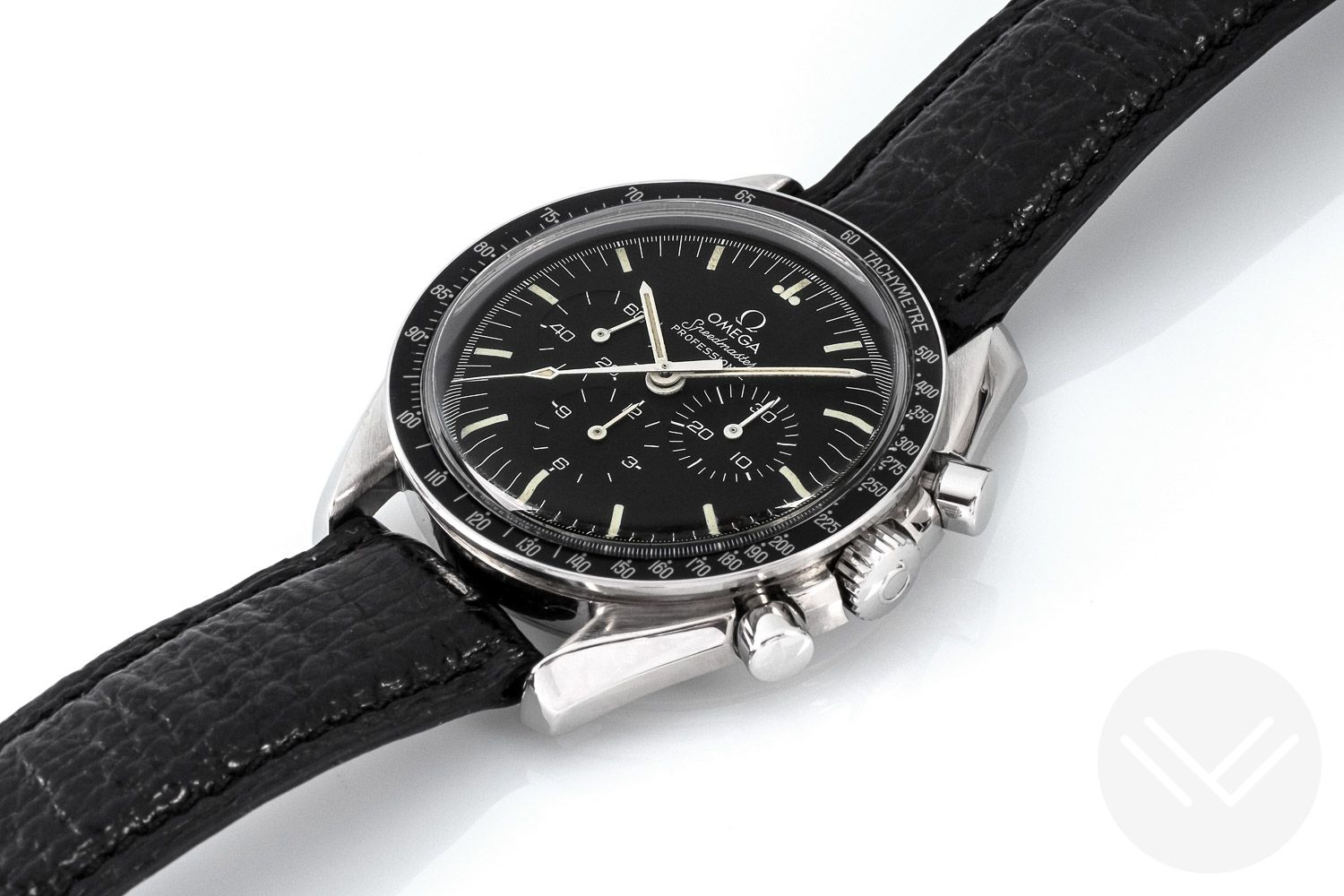 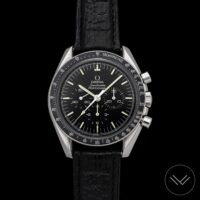 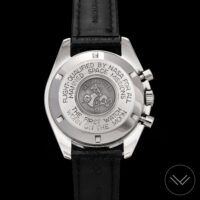 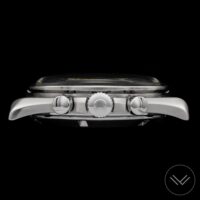 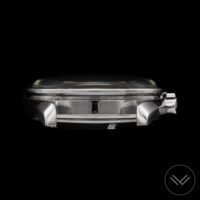 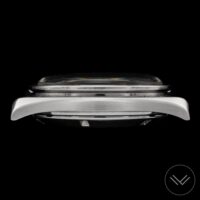 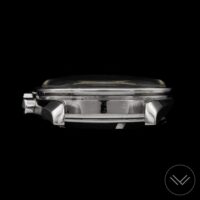 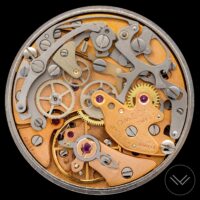 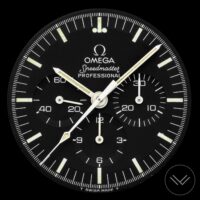 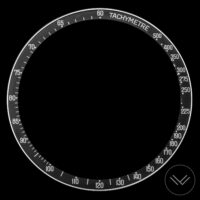 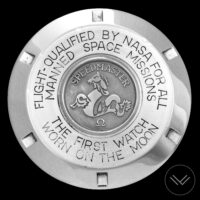 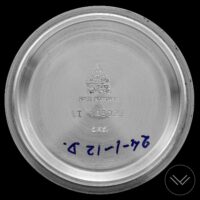 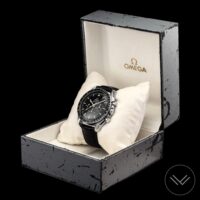 The present watch was made in 1982 and is characterized by a new case manufacturer for Speedmasters: C.-R. Spillmann et Cie (abbreviated C.R.S.), which produced cases for Speedmasters between 1981 and 1987.

It is in good condition and its parts are conform, earning a Watch Score of 8.2, impacted by the lack of a steel bracelet.

An Extra Score of + 0.2 is given for its original and worn light grey Omega box. 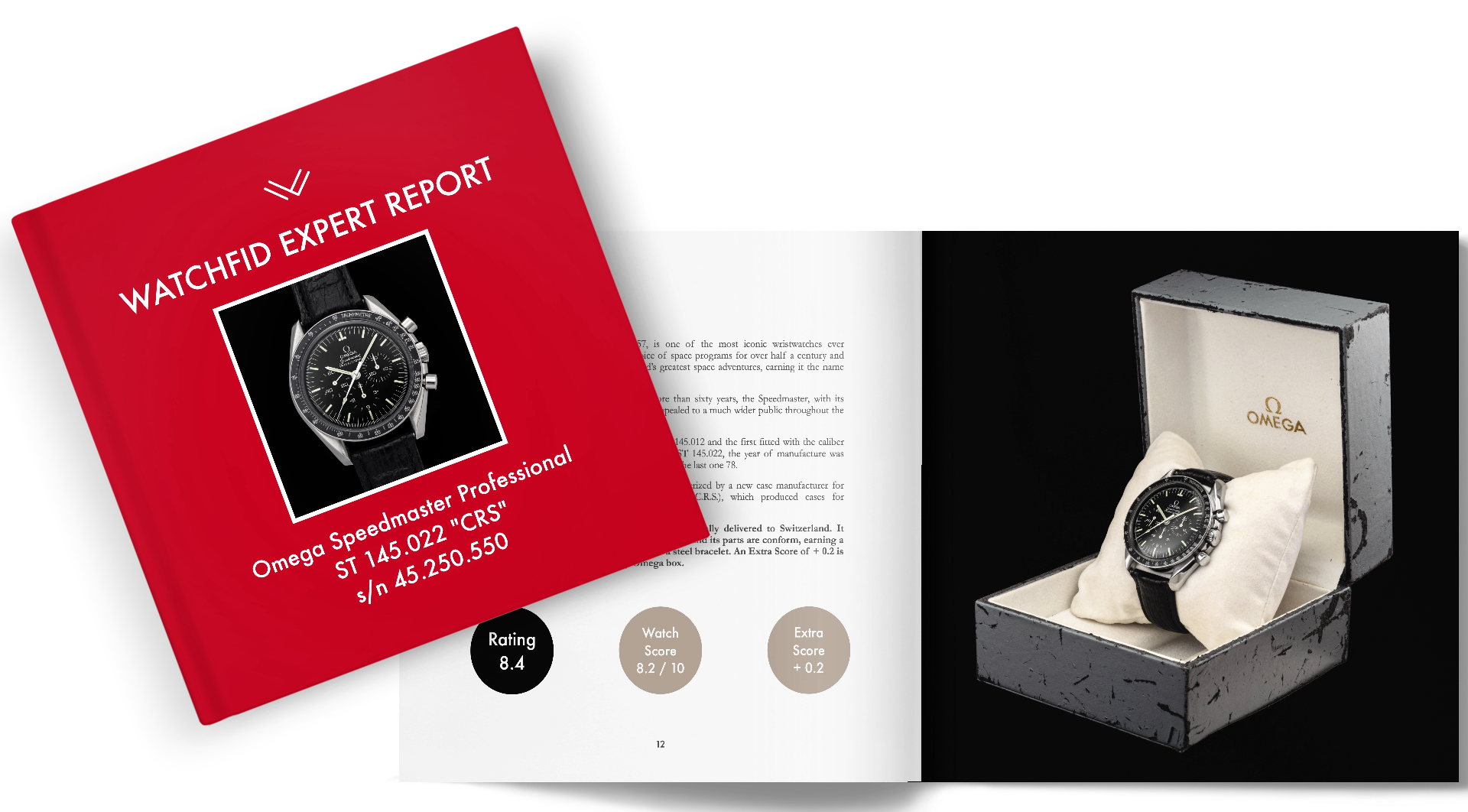