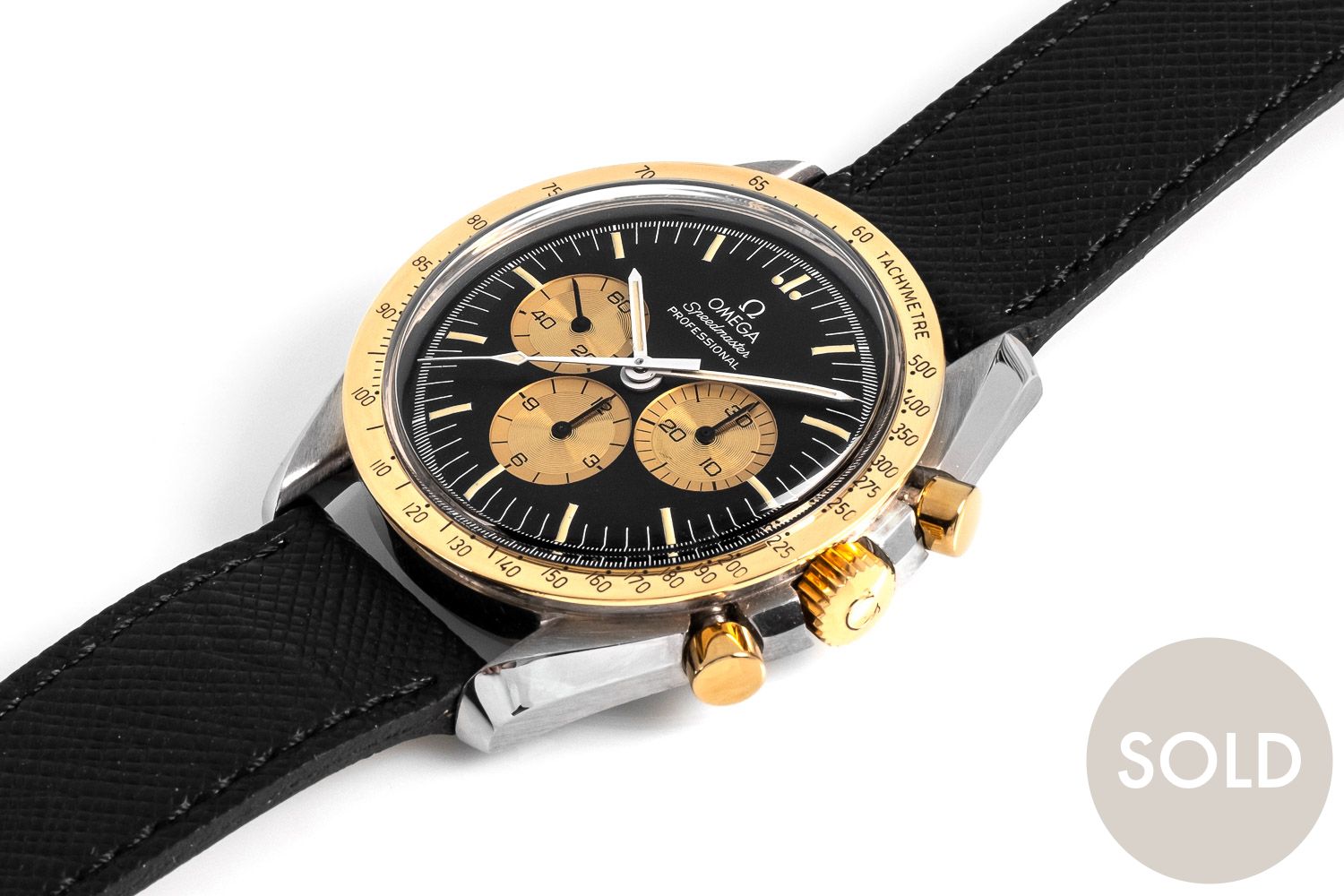 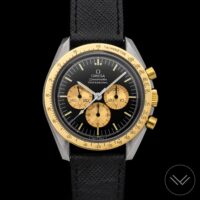 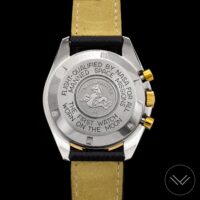 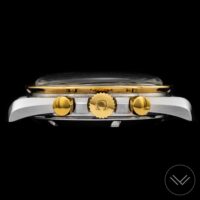 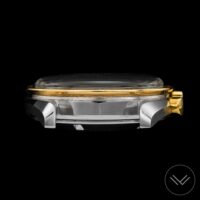 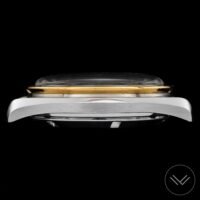 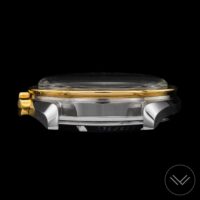 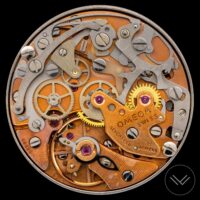 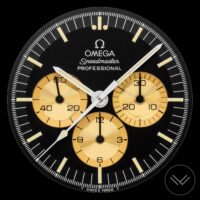 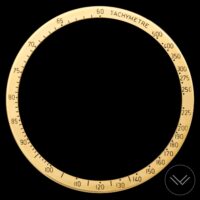 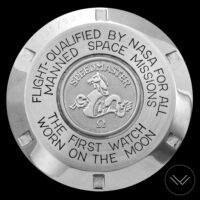 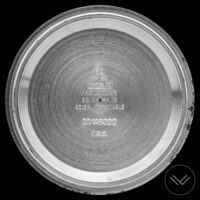 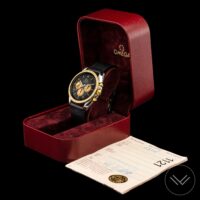 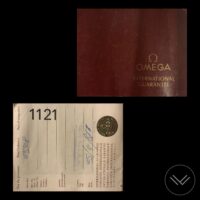 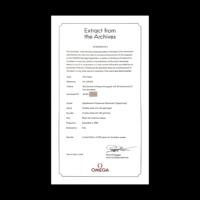 It is in excellent condition and its parts are compliant.

It is provided with its original box & papers set. Please note that the papers have the sales date (11/1987) and the Rocca stamp (Italian dealer partner of SMH Italy at that time), but not the serial number, which is not unusual.

The reference ST 145.022 is the successor of ST 145.012 and the first fitted with the caliber 861. During the second half of the 1980s, SMH Italy marketed a few numbered series of Speedmasters in steel and gold to increase diversity and possibly attract new customers. The watches were delivered by Omega to SMH Italy as standard products (first the special DD 145.022, then steel ST 145.022) and modified in Italy, with parts sent by Omega. The modified parts were: a specific black and gold dial, black small hands, a solid 14K yellow gold bezel, a gold crown and the pushers. In addition, all the models observed or advertisements of the time show that it was fitted with a leather strap. Two series of 500 numbered Speedmaster Moonwatches were produced and the reference was renamed DA 145.022.