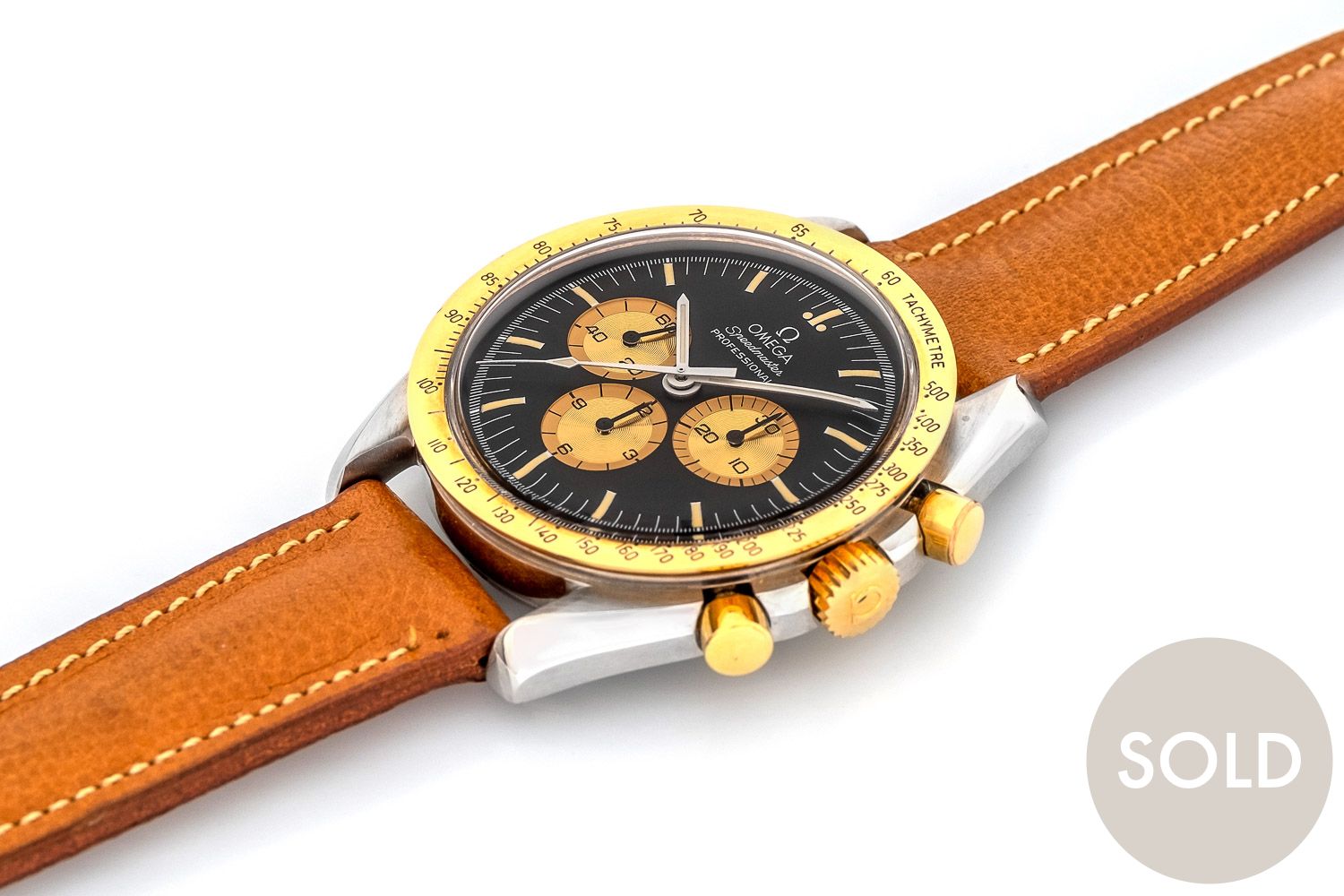 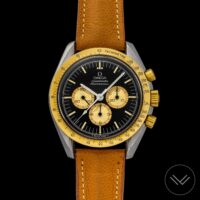 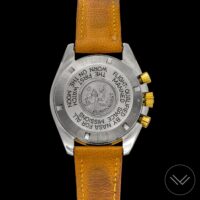 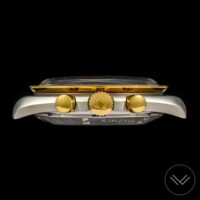 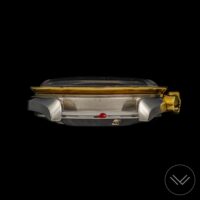 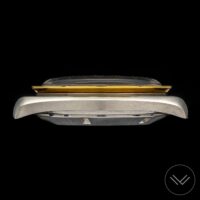 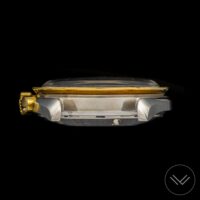 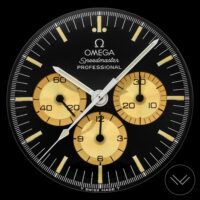 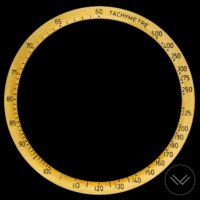 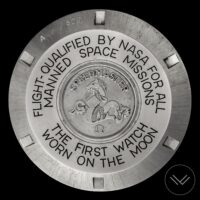 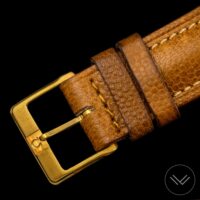 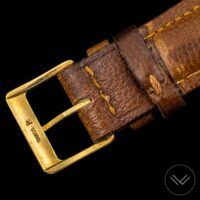 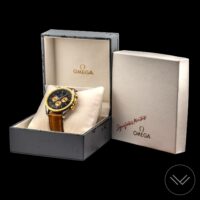 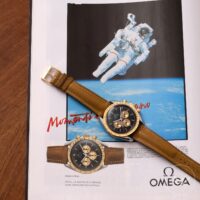 The Omega Speedmaster, born in 1957, is one of the most iconic wristwatches ever produced. Since 1965, it has been the choice of space programs for over half a century and has been associated with some of mankind’s greatest space adventures, earning it the name The Moonwatch. Naturally, beyond its professional use for more than sixty years, the Speedmaster, with its incredible history and its timeless design, has appealed to a much wider public throughout the world.

During the second half of the 1980s, SMH Italia marketed a few numbered series of Speedmasters in steel and gold to increase diversity and possibly attract new customers. The watches were delivered by Omega to SMH Italia as standard products (first the special DD 145.022, then steel ST 145.022) and modified in Italy, with parts sent by Omega. The modified parts were: a specific black and gold dial, black small hands, a solid 14K yellow gold bezel, a gold crown and the pushers. In addition, all the models observed or advertisements of the time show that it was fitted with a leather strap. Two series of 500 numbered Speedmaster Moonwatches were produced and the reference was renamed DA 145.022

#48.xxx.xxx was manufactured in 1988 and is part of the second series. It bears the individual number #A1214/500. The watch is New Old Stock, and has never opened (it still has its red seal on the caseback). It is fitted with its original leather brown strap with a gold plated Omega buckle..

Its Watch Score is 10, and an Extra Score of +1.5 has been given because it is probably one of the very few (if not the only one) new old stock available on the market 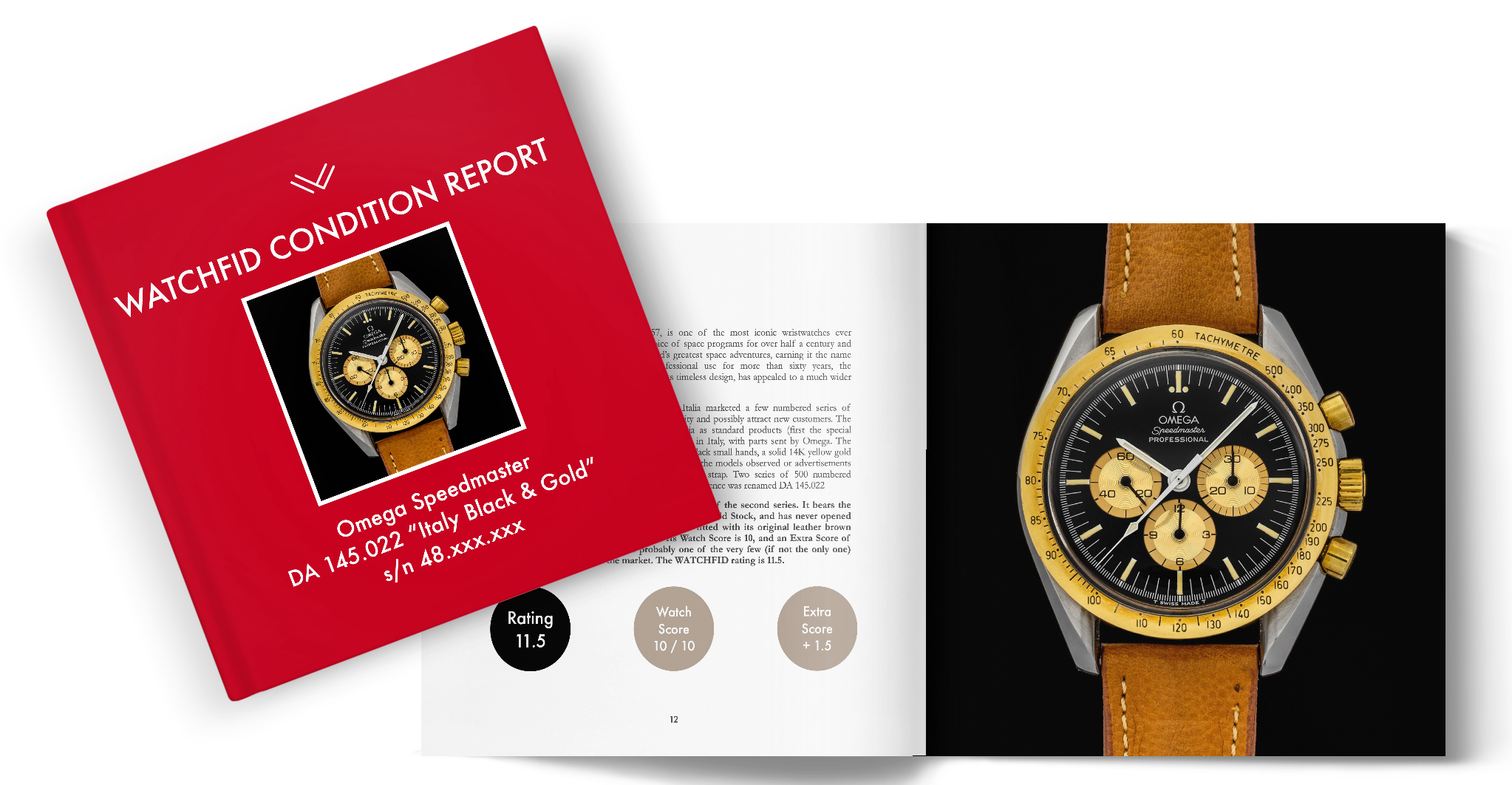