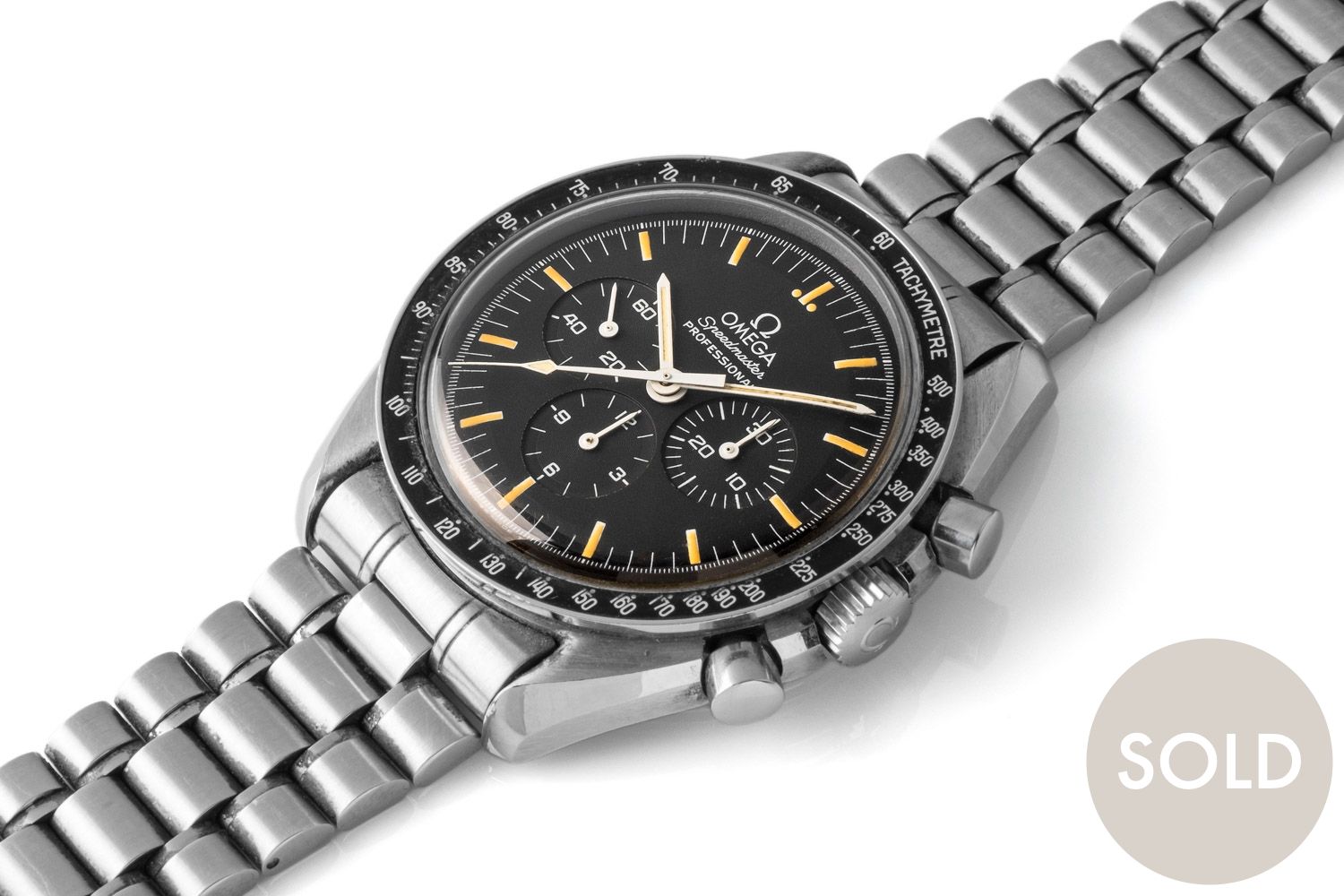 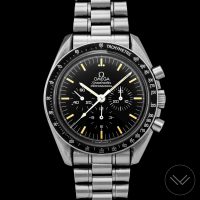 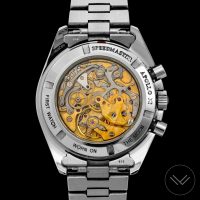 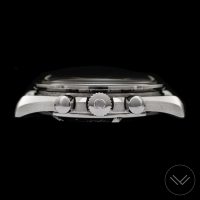 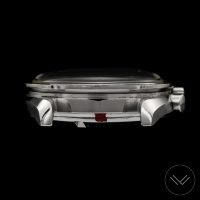 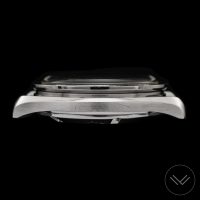 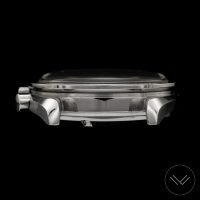 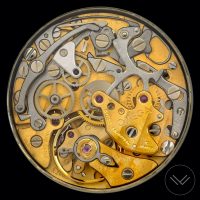 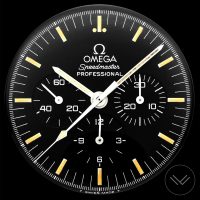 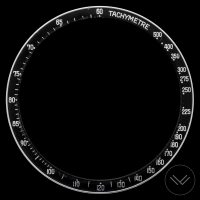 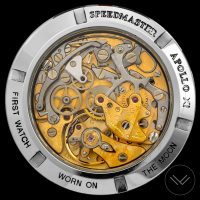 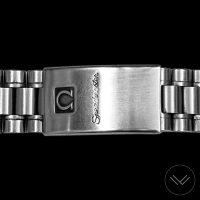 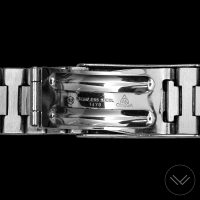 In 1985, Omega introduced the first steel Speedmaster with a sapphire display caseback and the caliber 863 with luxury finish. This was a limited series of 1’000 copies, with an individual number engraved on the caseback bezel. A second numbered edition was produced in 1988-1989 with a yellow-plated caliber 863. Then, the display back Speedmaster remained in the catalogs, but in unlimited production (reference 3592.50, then 3572.50). 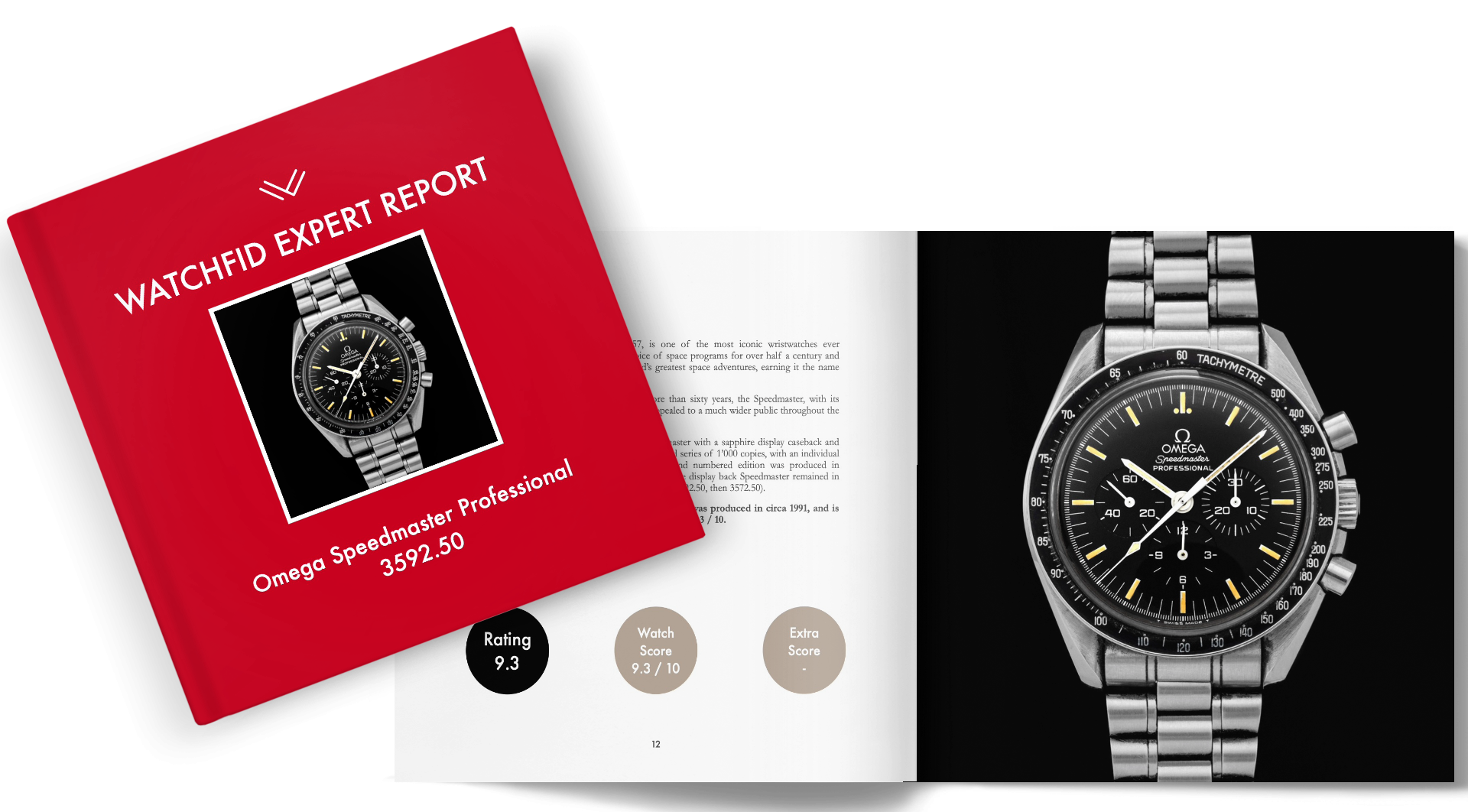