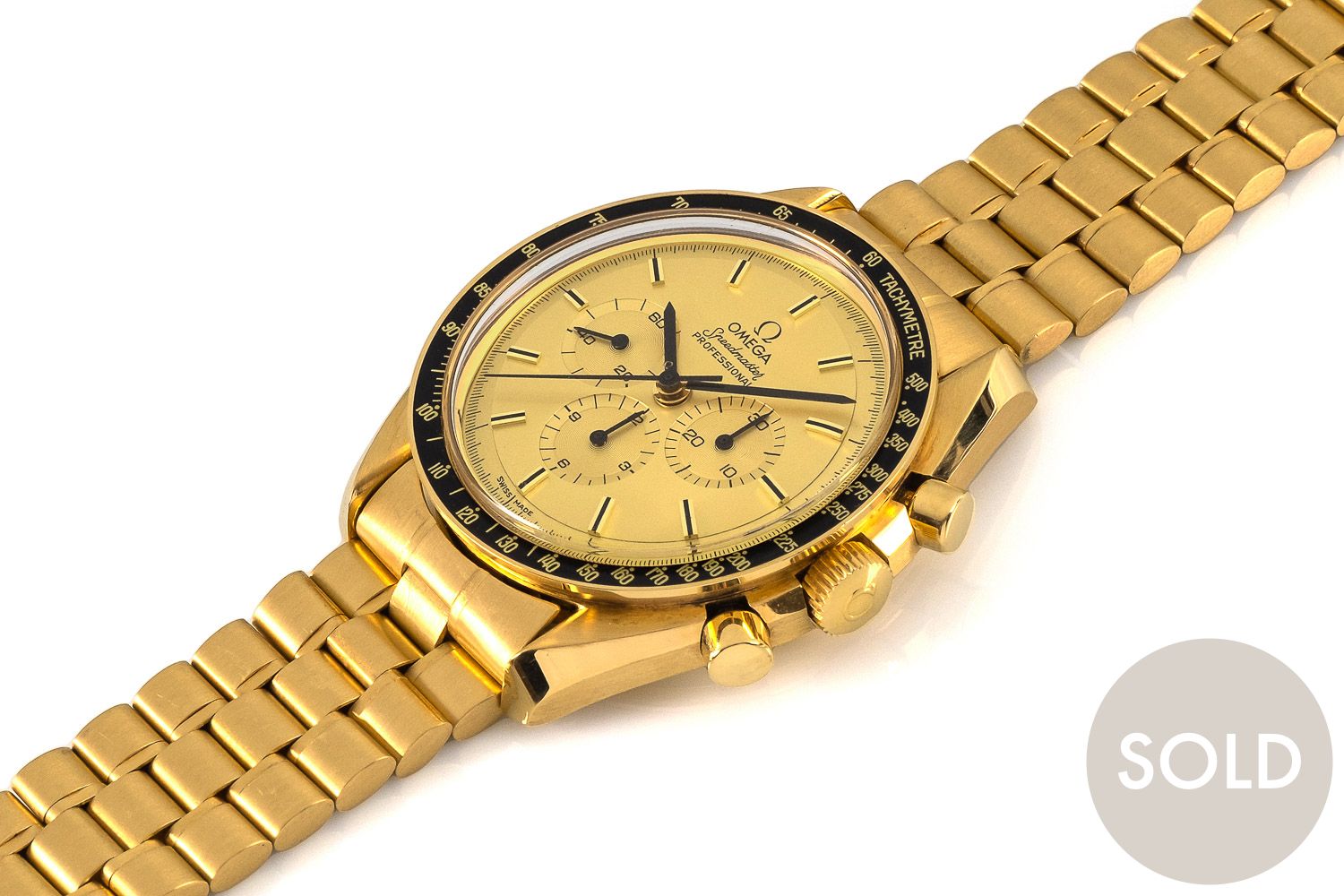 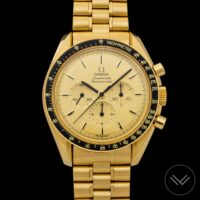 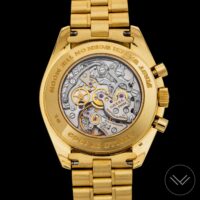 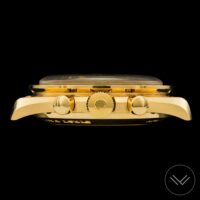 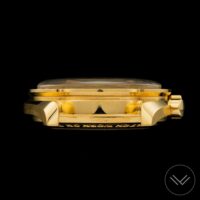 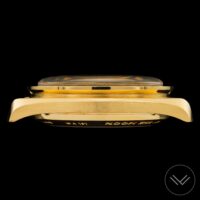 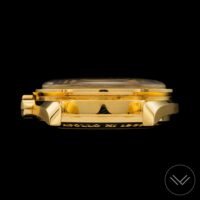 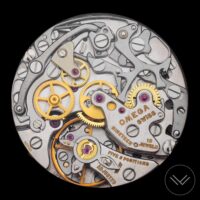 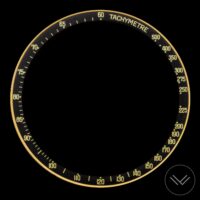 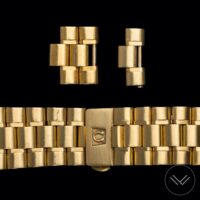 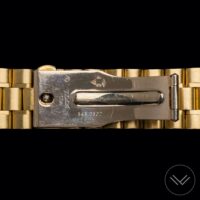 The reference BA 345.0802, commemorating at the same time Apollo 11 and the re-qualification of the Speedmaster for the Space Shuttle program, was the second Speedmaster in 18K yellow gold, produced between 1980 and 1988 in approximately 300 numbered copies. It has a rarer sister, the white gold version (reference BC 345.0802) produced in only 20 copies.

It was the very first Speedmaster equipped with a sapphire-crystal display back, the first steel version being produced in 1985. On this occasion, the 861 caliber was modified in a luxury version, rhodium-plated, since it was visible through the transparent caseback. It was renamed 861L. 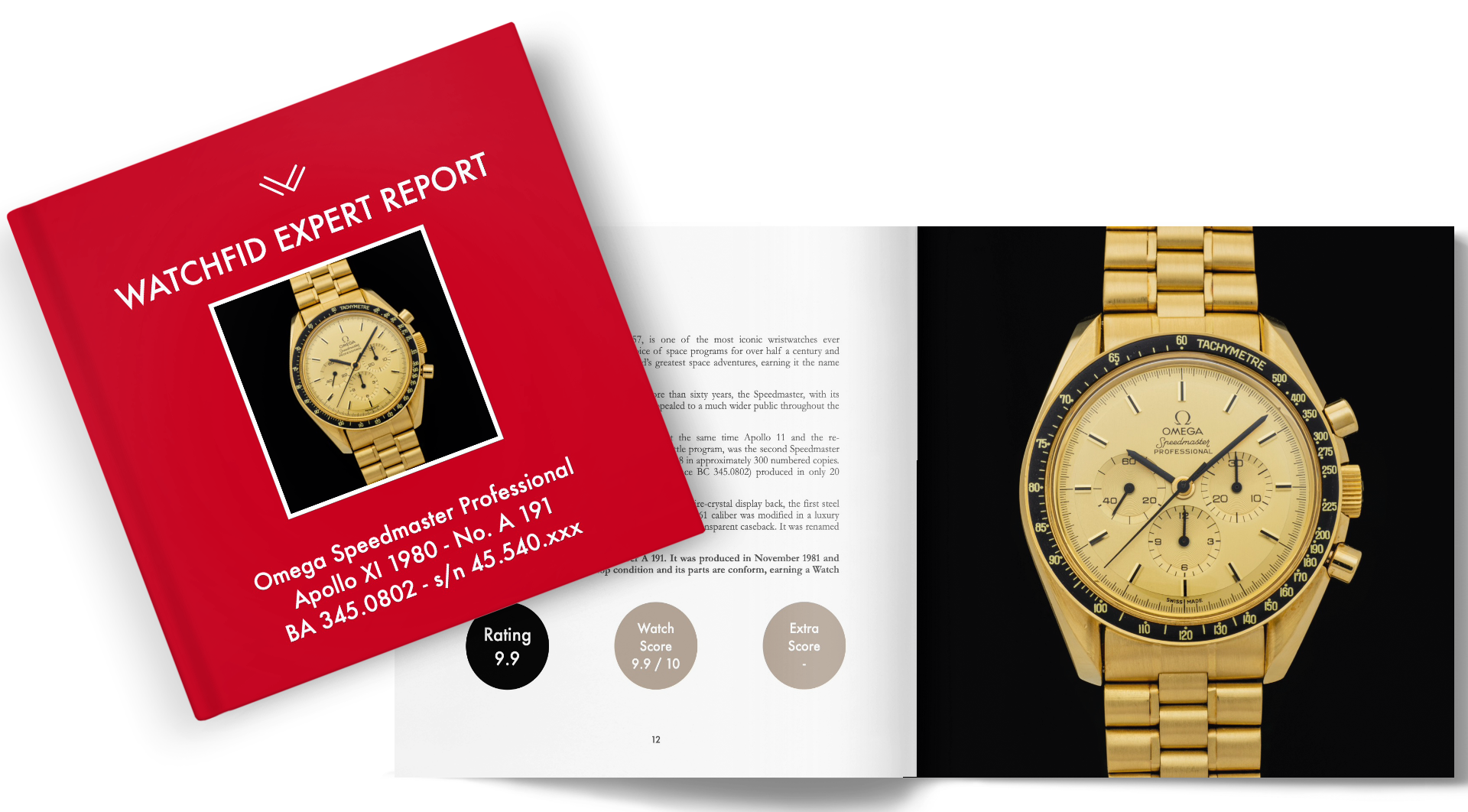 THE VERY FIRST SPEEDMASTER
WITH DISPLAY BACK