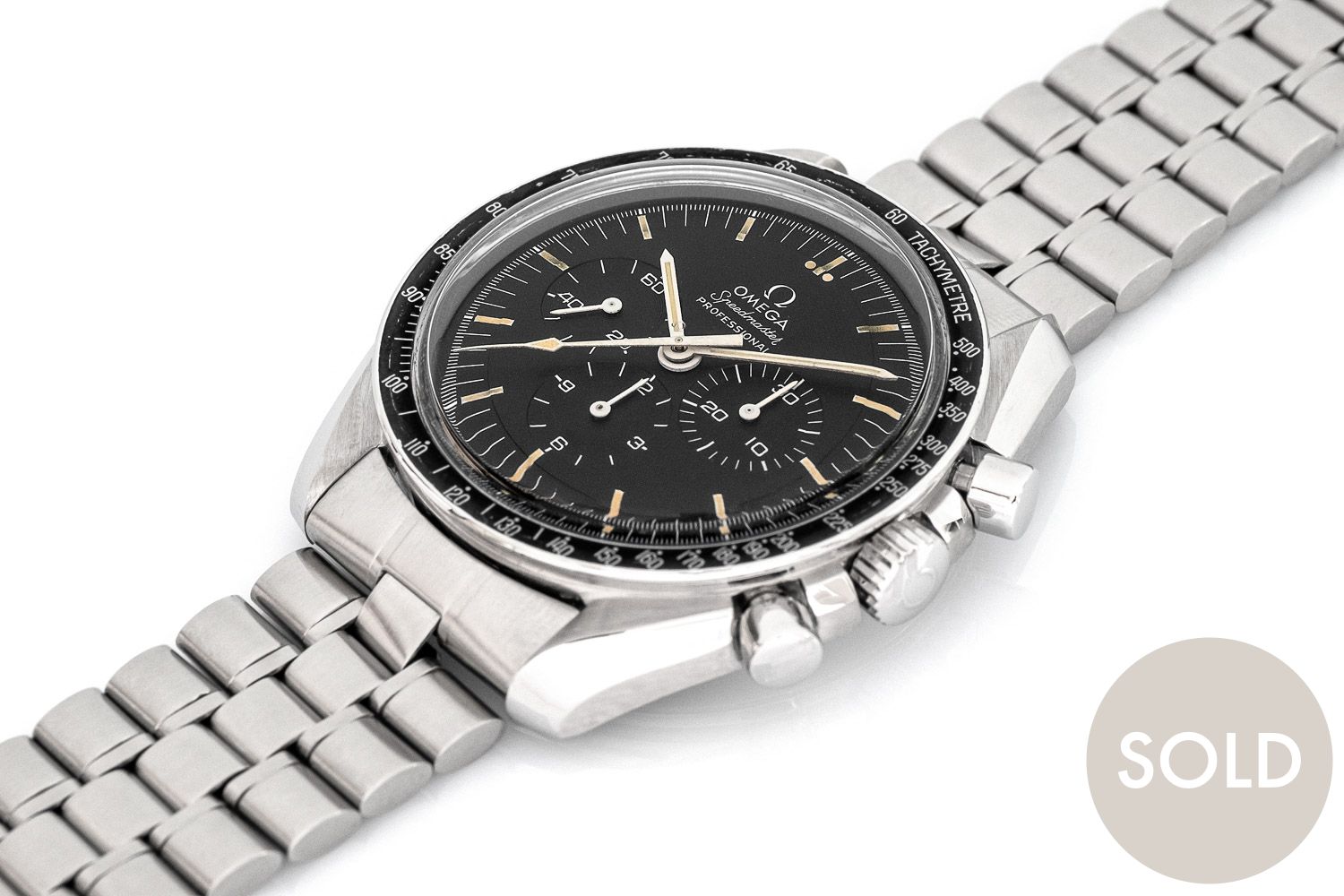 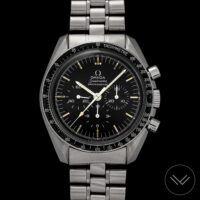 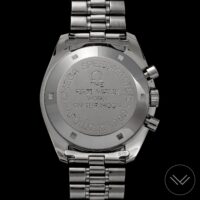 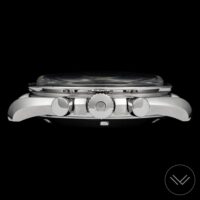 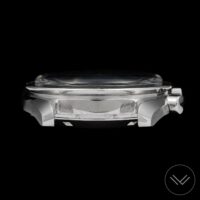 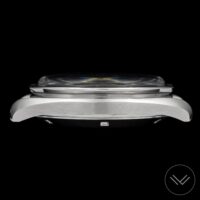 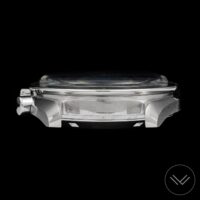 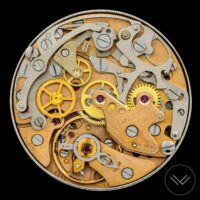 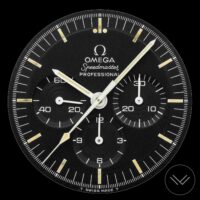 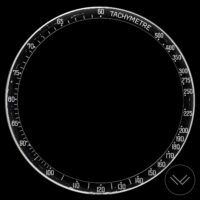 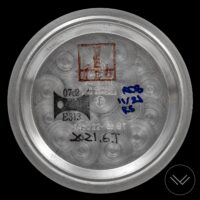 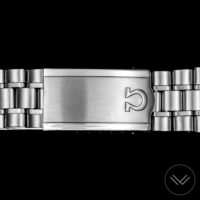 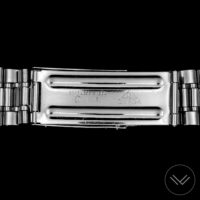 There are two versions of the “Straight Writing” caseback, which show differences in the part of the text in an arc. The most common is inscribed “Flight-qualified by NASA for all manned space missions”, while the other and extremely rare caseback has “OMEGA SPEEDMASTER – APOLLO XI 1969”. This rare version was delivered solely to Japan in 1972. 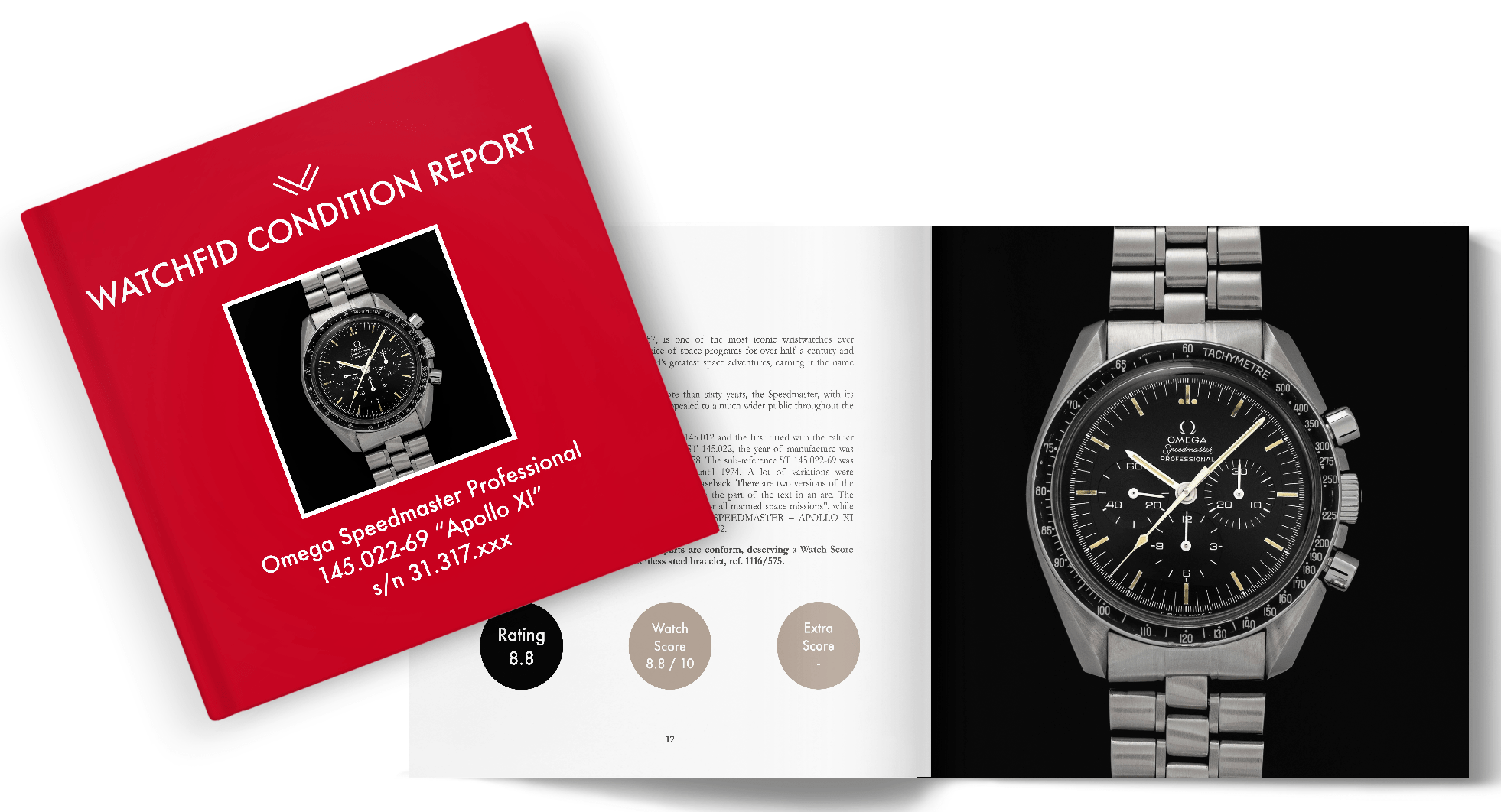