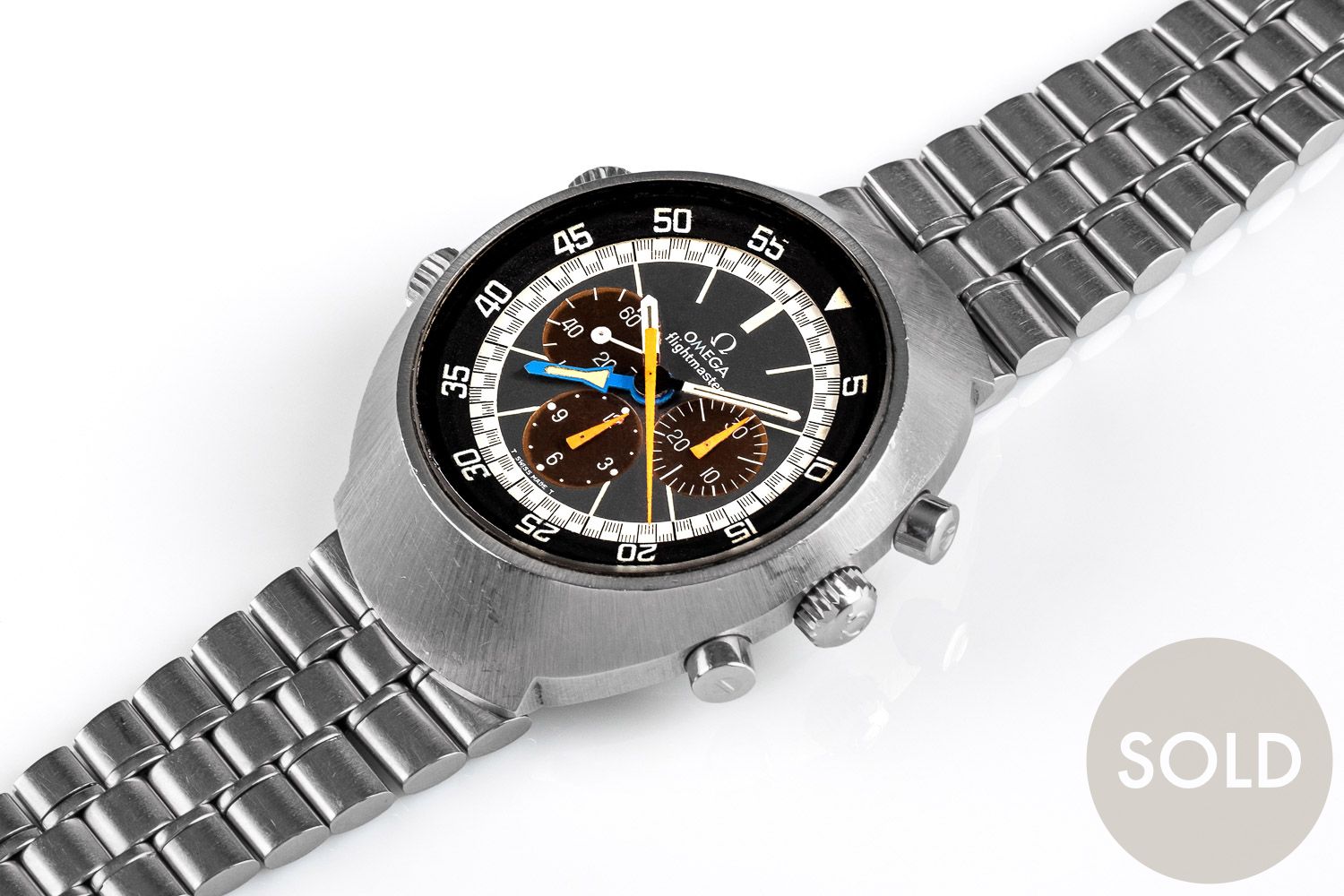 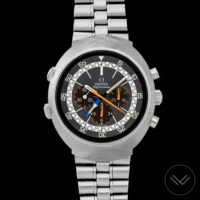 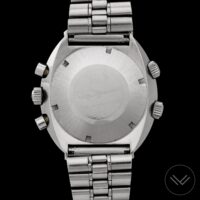 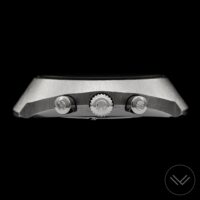 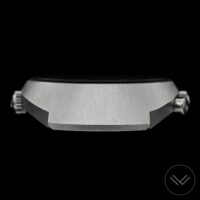 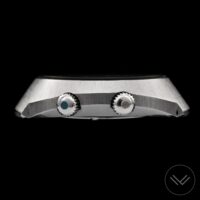 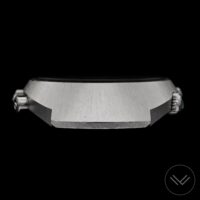 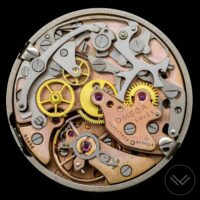 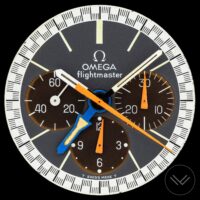 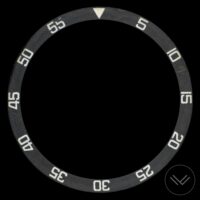 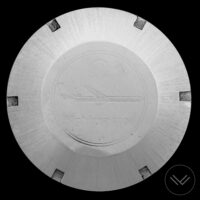 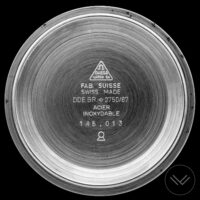 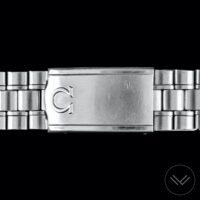 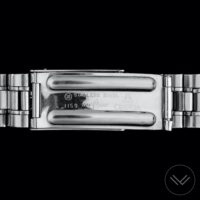 The Fligthmaster, watchmaking’s equivalent of the Swiss army knife, was probably the most advanced professional watch back in 1969, when it was first commercialised. Characterised by its Pilot’s line, it is equally distinguished by its bright colours, seven hands, three crowns and two pushers. Each function is colour-coded: yellow or red for the chronograph, blue for the second timezone and black for a simplified chronograph function using the bezel.

After two years, a major change was the appearance of a running seconds hand in place of the 24-hour function, leading to modification of the subdial at 9 o’clock. The original calibre 910 was adapted, renamed 911 and the reference, originally ST 145.013, named ST 145.026. There are indications (Omega documents) that this change was hastily decided, which lead to anomalies for the early examples, such as rare dial variants installed either in the old (and thinner) ST 145.013 case or in the new ST 145.026.

This watch is in very good condition and its parts are conform, deserving a Watch Score of 8.9.

An Extra Score of 1.5 is given for its rare transition status and the very unusual tropicalisation of the subdials. 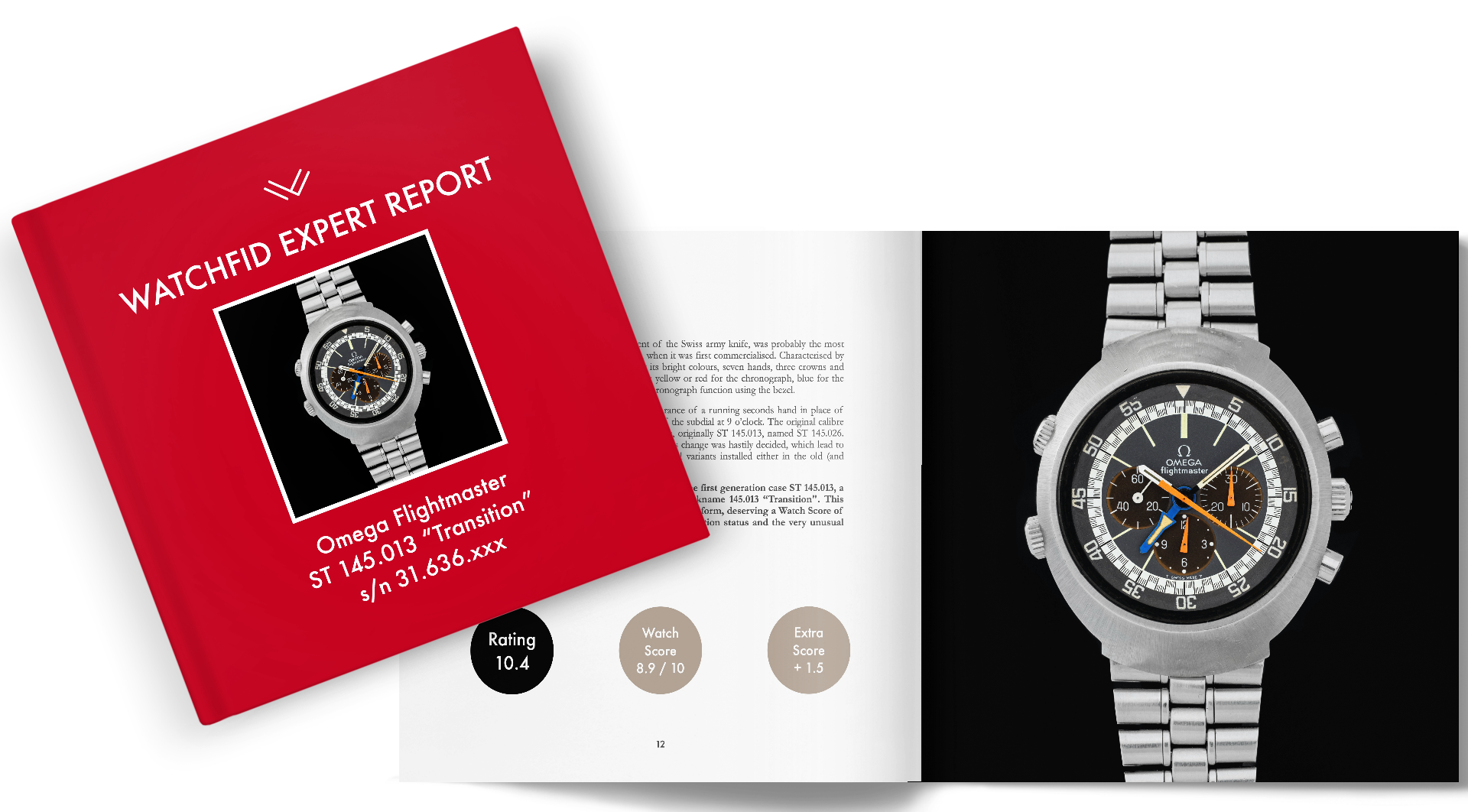