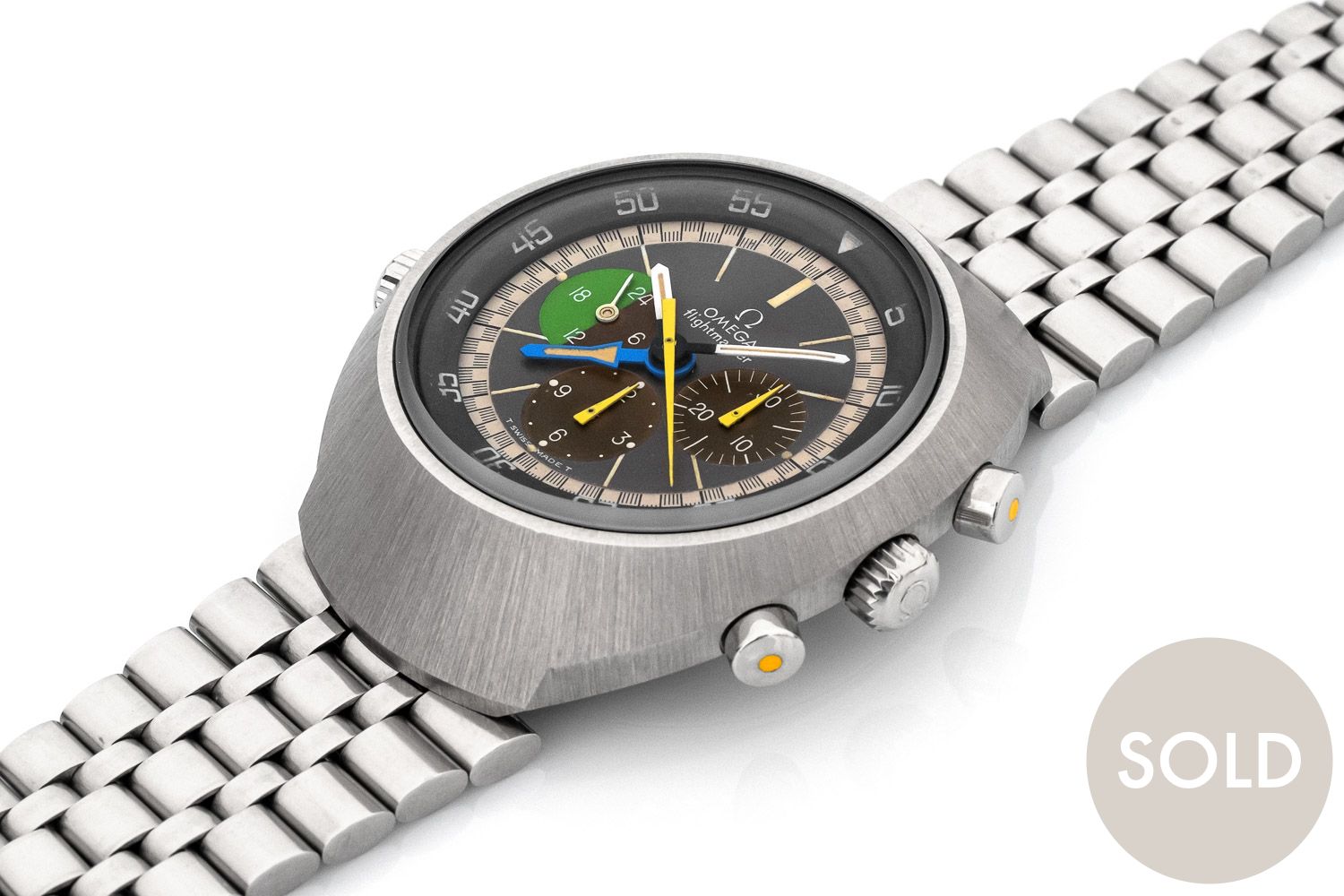 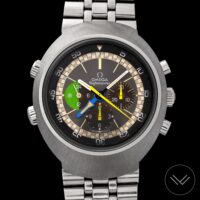 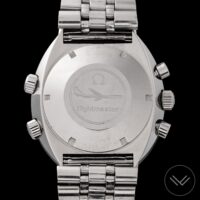 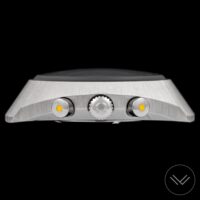 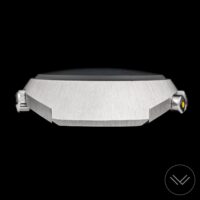 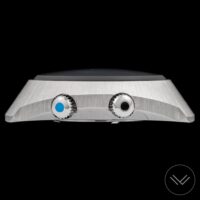 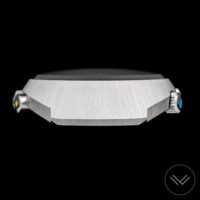 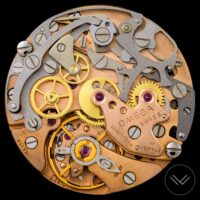 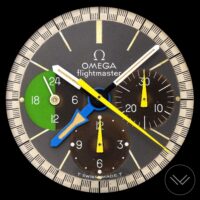 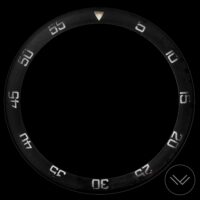 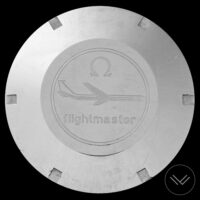 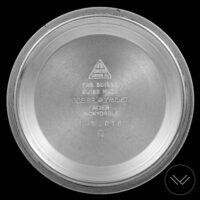 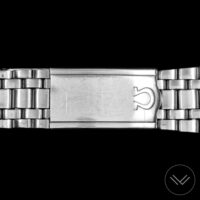 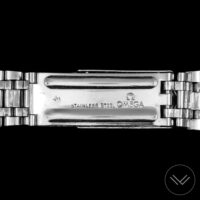 The Flightmaster, watchmaking’s equivalent of the Swiss army knife, was probably the most advanced professional watch back in 1969, when it was first commercialised. Characterised by its Pilot’s line, it is equally distinguished by its bright colours, seven hands, three crowns and two pushers. Each function is colour-coded: yellow or red for the chronograph, blue for the second timezone and black for a simplified chronograph function using the bezel.
The first Flightmaster examples, reference ST 145.013 were available in September 1969. This first generation was fitted with the caliber 910 characterized by the following functions: chronograph (12 hours), second time zone and 24-hour (or AM/PM) indicator. It can be easily identified by its two-tone green-black 24H subdial.
This Flightmaster is fitted with the very first production dial, without tritium dots around the main marker at 12 o’clock . It is accordingly fitted with the rare pushers featuring single-color disks (yellow in this case, which is logical with the yellow hands configuration).
#29.133.xxx is a Flightmaster of the 1st generation, early production, and is in very good condition. All its parts are correct, earning a Watch Score of 8.9. An Extra Score of + 1.5 is given for its tropical subdials and its publication in the Flightmaster Only book. 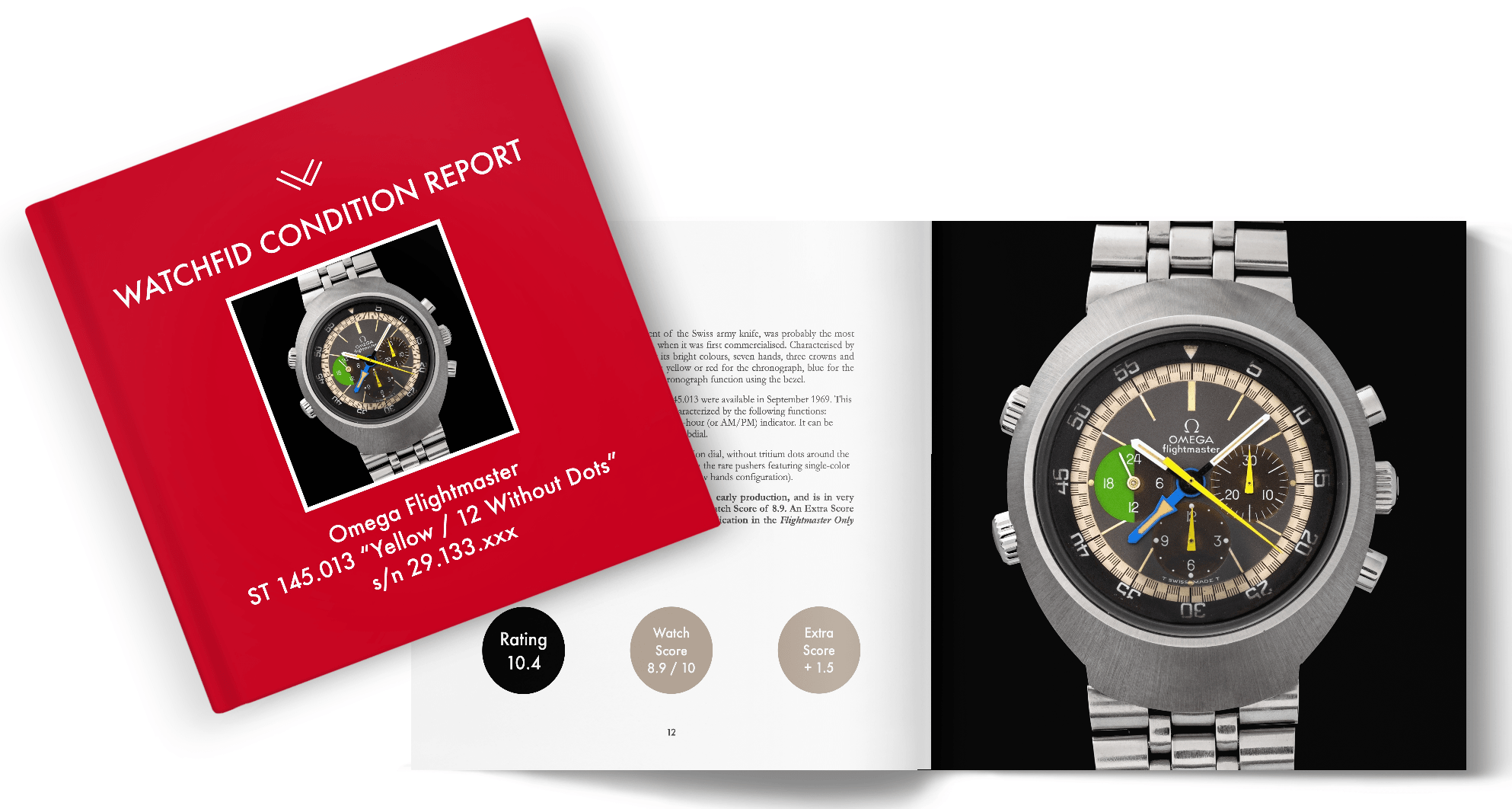