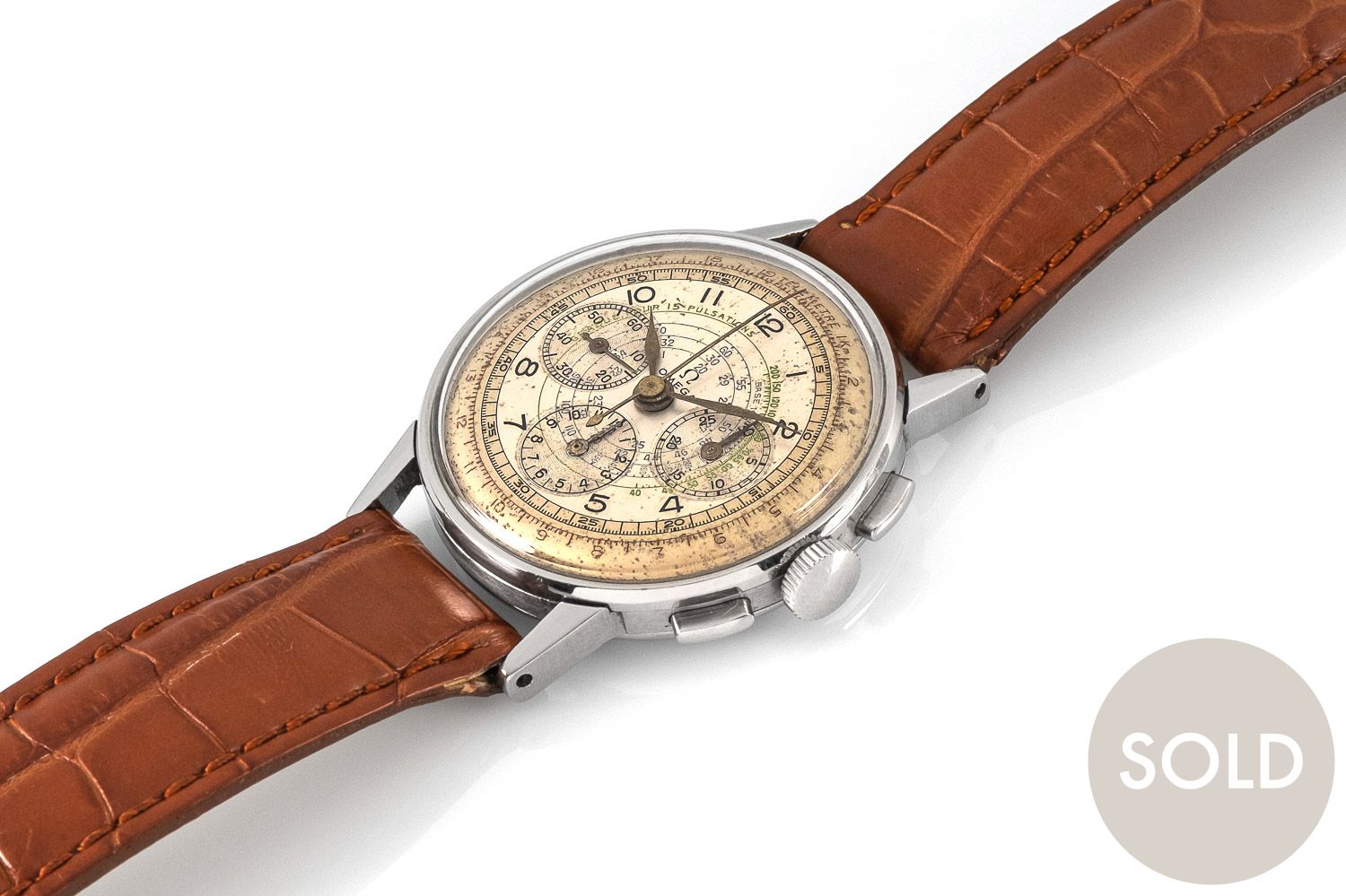 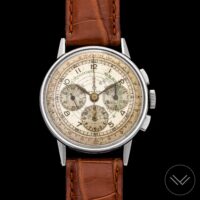 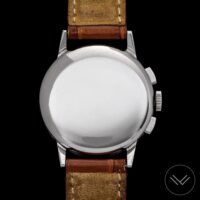 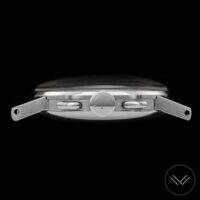 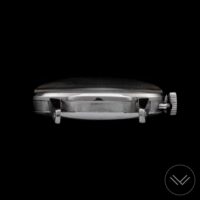 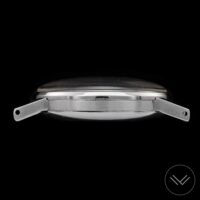 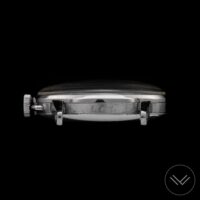 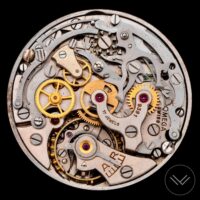 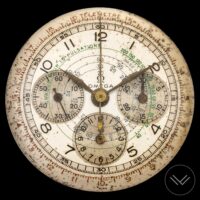 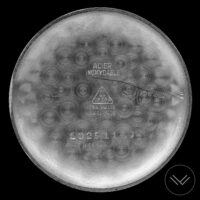 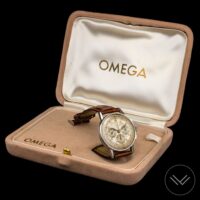 Back in the early 1940s, Omega commissioned its sister company Lemania (both in the SSIH group) to manufacture a new chronograph mechanism that would be as small as possible and yet capable of totalizing the hours in a 12-hour counter. This mechanism bearing reference 27 (diameter, in millimeters) CHRO (for the chro­nograph function) C12 (for the 12-hour totalizer counter) was the world’s smallest calibre with these functions, and it was an immediate success.

At the time, neither Lemania nor Omega could imagine that this would probably be one of the most important developments in its history, as the ancestor of the calibre 321 that powered the legendary Speedmaster.

The chronographs powered by the 27 CHRO C12 were very diverse: different case metals, hands, but above all a large variety of dials, some were simple, others more complicated, like the present example.

This 27 CHRO C12 has a steel case and, in addition to the chronograph, its dial displays several functions:

It is in fair unrestored condition and is working properly.

In addition, it was published in the “A Moon Watch Story” book.

A rare opportunity to own the ancestor of all Speedmasters.