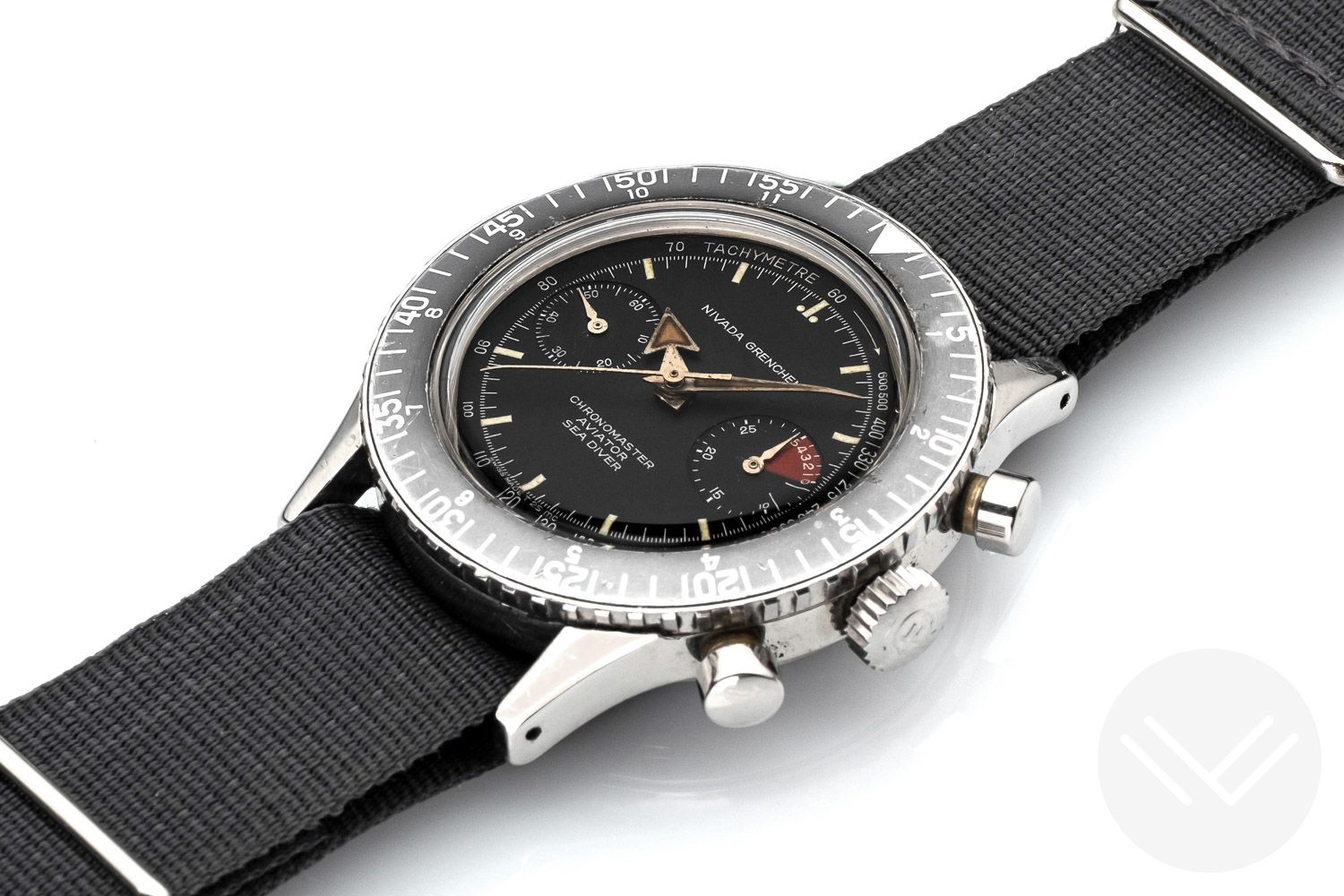 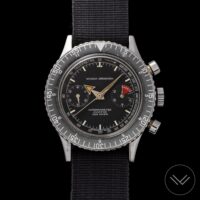 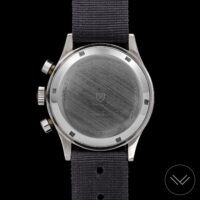 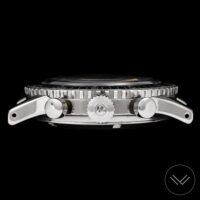 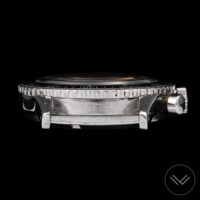 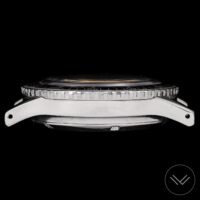 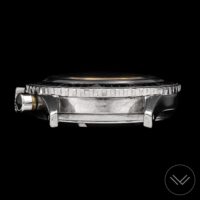 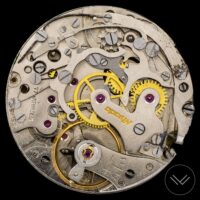 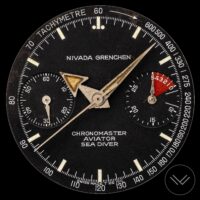 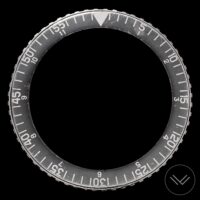 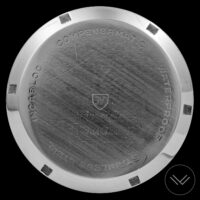 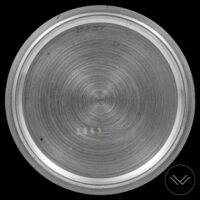 This watch is a great example of the very rare “T 25 mc” Chronomaster model: this mention is inscribed at the bottom of its dial, and refers to tritium of a maximum radioactivity of 25 millicuries.

The Chronomaster model wasn’t just a chronograph. It was more like a Super-Chronograph. It in fact had an astonishing number of functions. Such a purpose is accurately reflected in the model’s name: CHRONOMASTER AVIATOR SEA DIVER, which suggests a clientele of professional racing drivers, pilots and divers. The multiple functions have also been evoked in advertisings of the 1960s: THE WORLD’S BUSIEST WATCH – HAS MORE USES THAN EVER COUNTED.

After the first-generation models fitted with the Venus 210, the Valjoux 92 appeared in Chronomaster models in both the NIVADA and CROTON ranges in around 1962/63. It was during this period that CHRONOMASTER replaced CHRONOGRAPH (except on the first transitional dials).

The overall style of the models with the new movement hardly changed, but there are many modifications in the details that can be recognized by a discerning eye. In addition to the name on the dial, the broad arrow hand is narrower, the bezel changes its type-face, the pushers evolve from flat to large type.