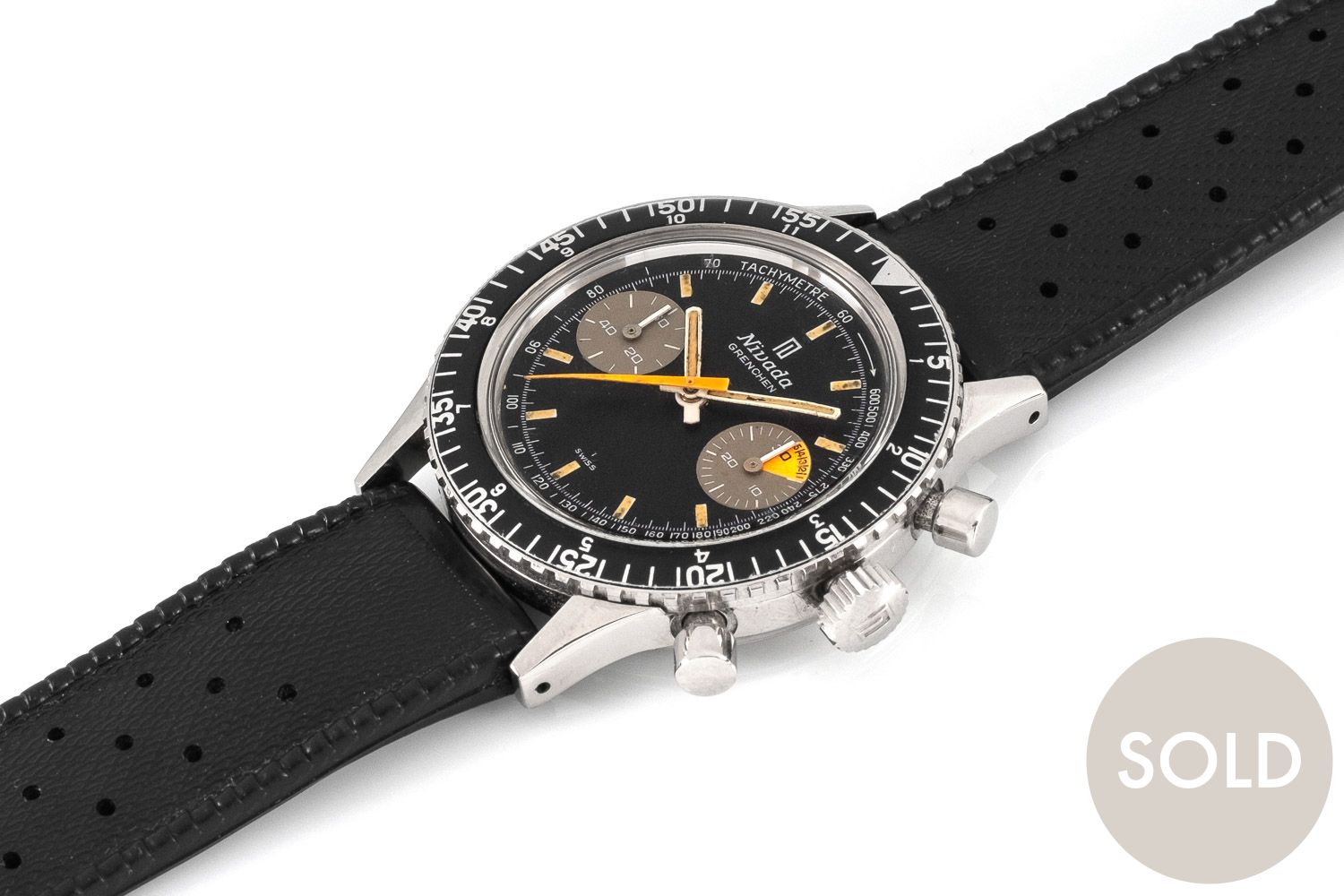 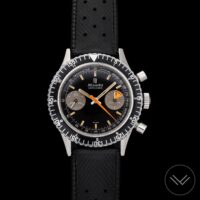 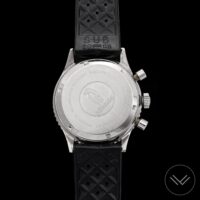 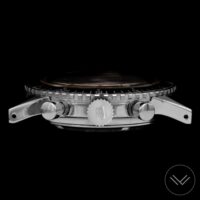 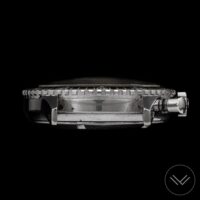 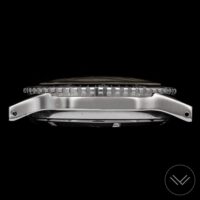 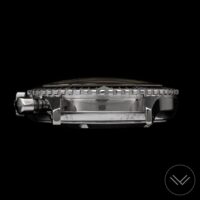 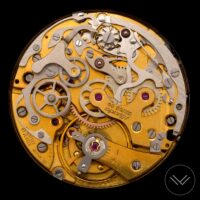 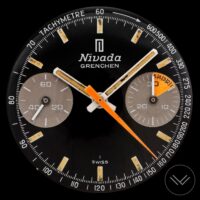 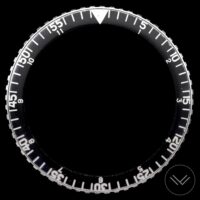 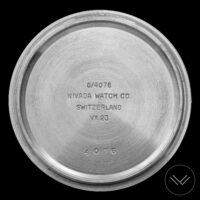 The present model is a rare late production with the Valjoux 23, probably in the early 1970s. It is characterized by a new stylized Nivada logo on the dial and crown, hence its nickname “Special Logo”. The counters are grey and the yachting scale is orange with black numbers, which is unusual. There is no indication of the model name. Its caseback has a penguin in the center, which is why collectors also call it “Penguin”.

This example, reference 0 / 4076, is in good condition, and all its components are period consistent.

An Extra Score of + 1.0 is given for its publication in CHRONOMASTER ONLY. 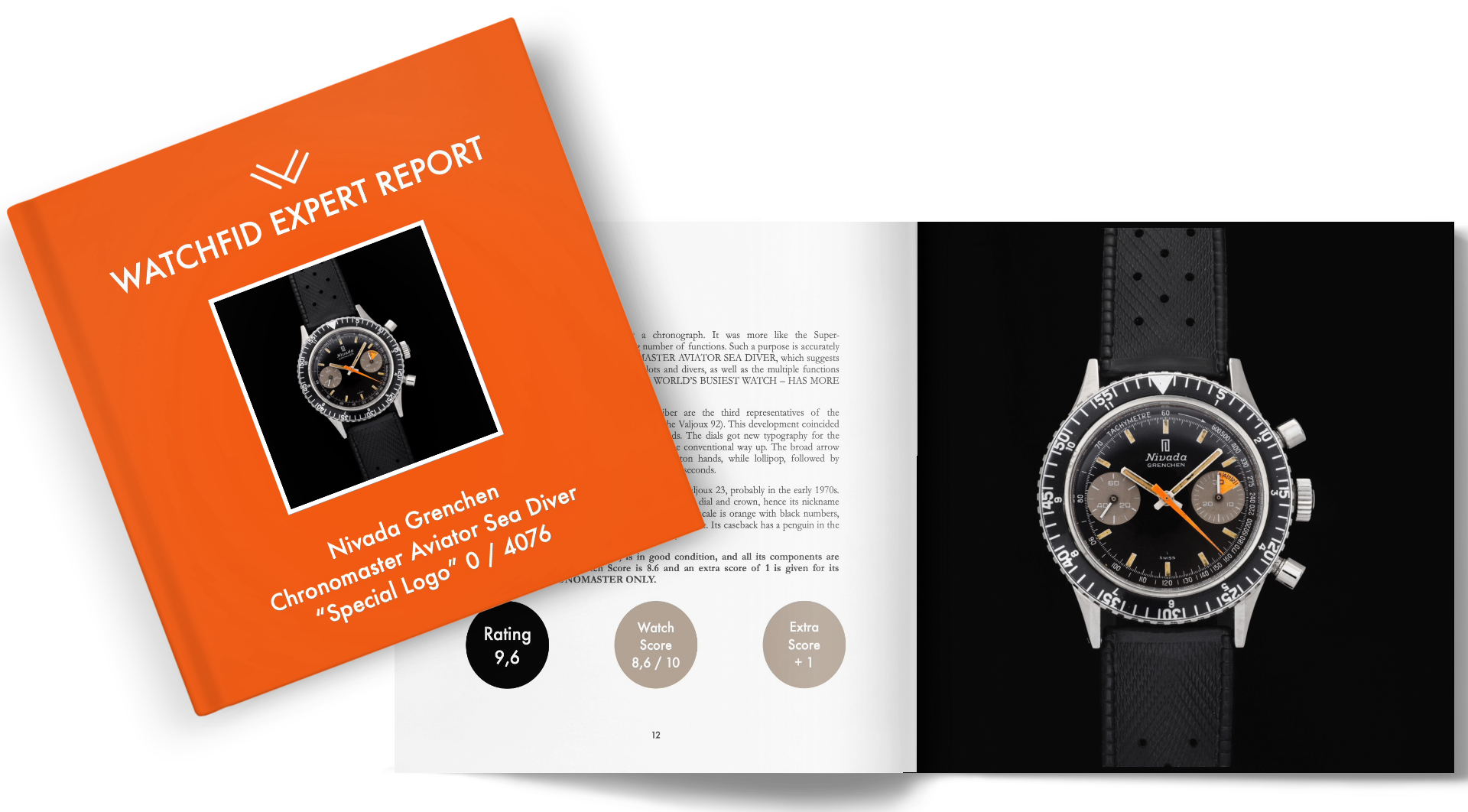