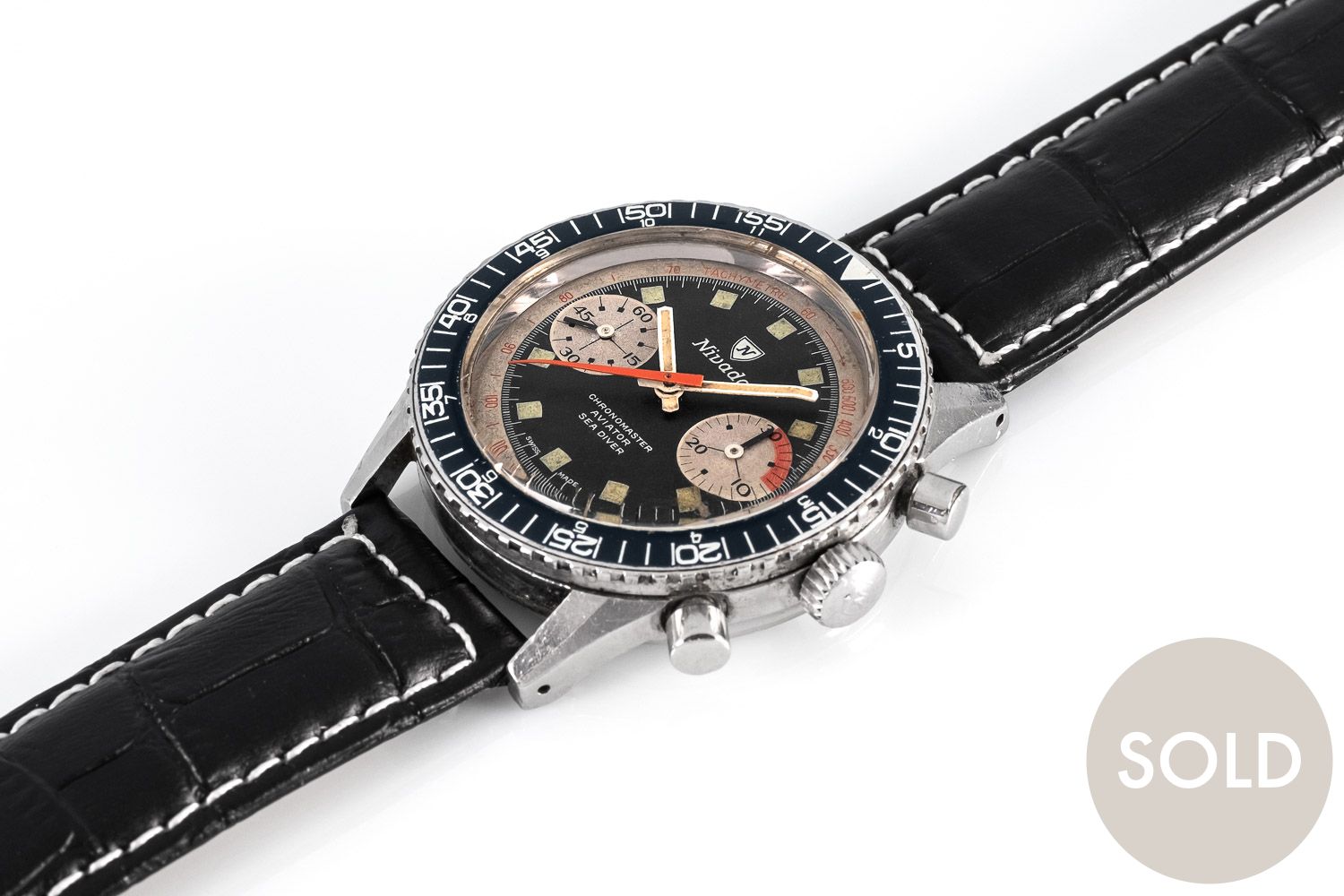 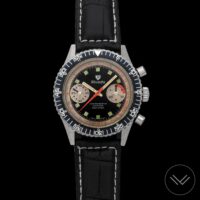 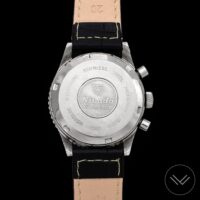 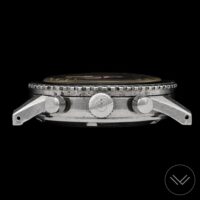 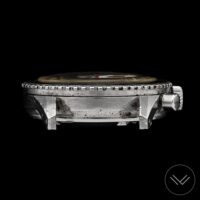 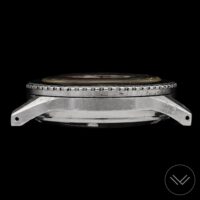 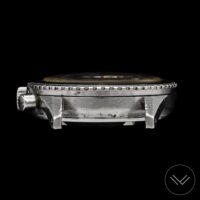 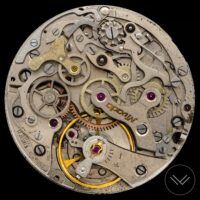 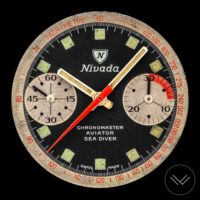 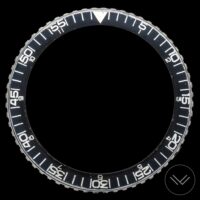 The present model is an exceptionally rare Chronomaster version. Two models have been named Paul Newman because their dials look very much like those on some Rolex Daytonas, with their distinctive subdials: the first one has a black dial and white suddials, and the second one a white dial and black subdials.

This example, reference 85017 / 4531, is the first version: the “Black Paul Newman”. It is in good condition, and all its components are period consistent. The Watch Score is 7.9 and an Extra Score of 0.5 is given for its overall aesthetic consistency.