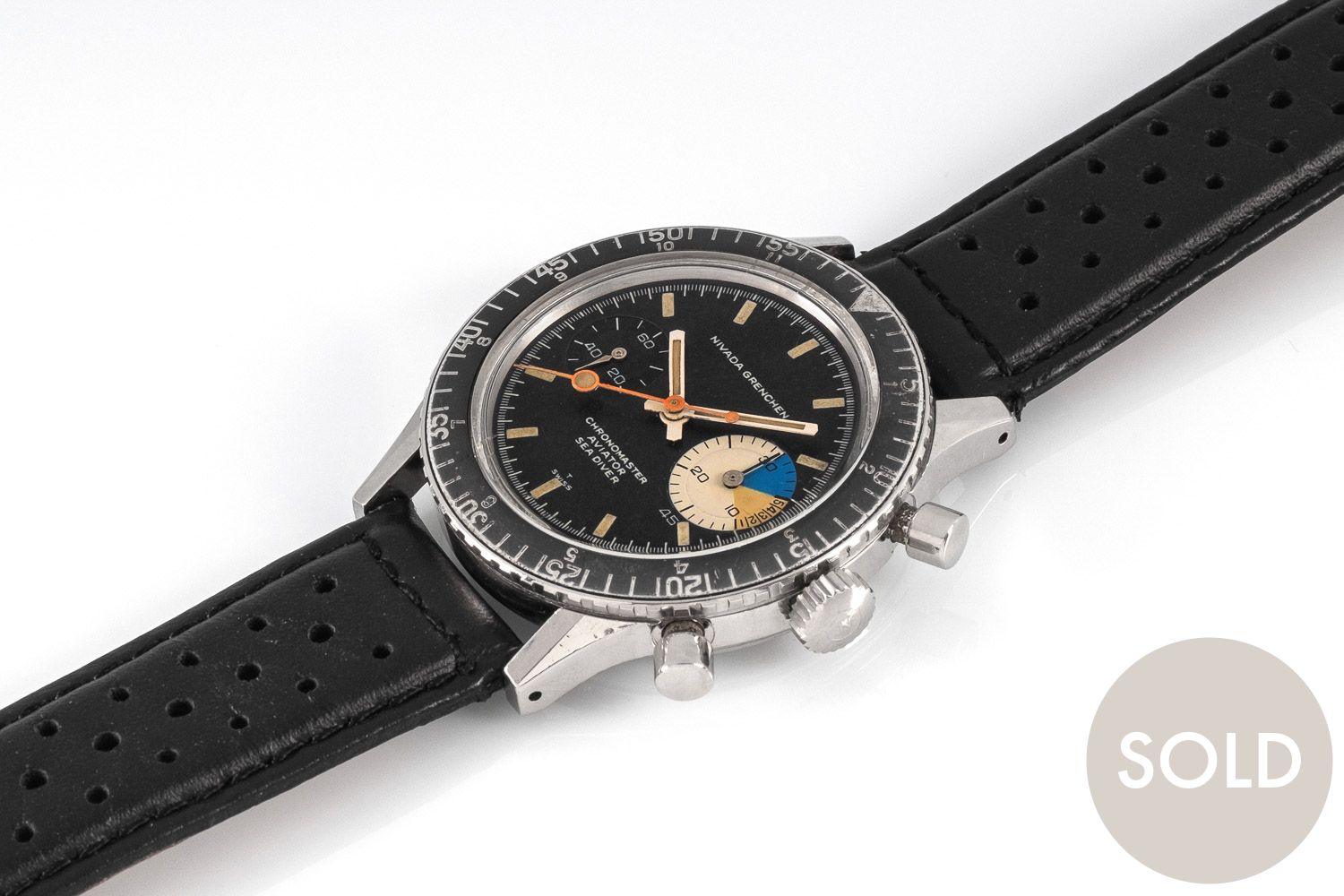 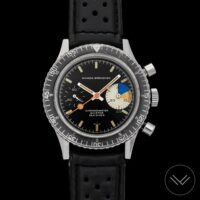 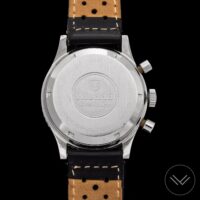 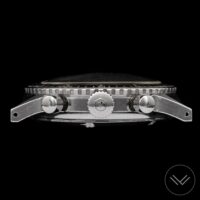 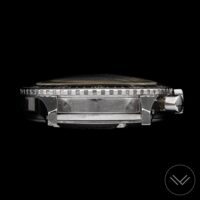 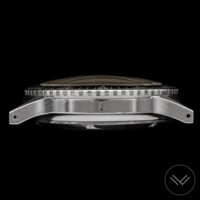 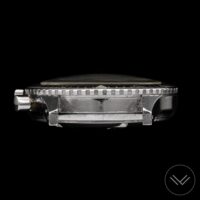 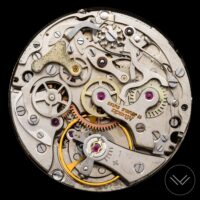 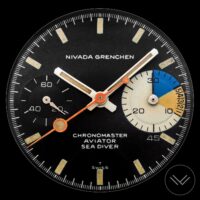 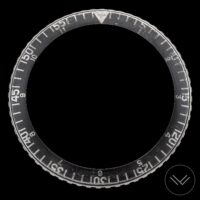 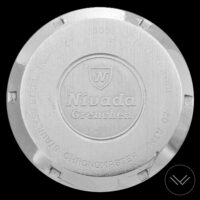 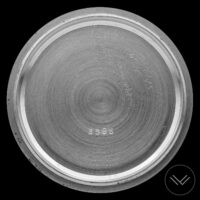 The present model is an exceptionally rare Chronomaster version, with several unusual features: the most visible is the white/blue/orange counter, which is larger than the other one, hence its nickname “Big Eye”. The Yachting scale, in orange, starts after 5 minutes, unlike the other Chronomasters. In addition, there is a number 45 just below the counter, which could refer to each of the halves in football.

Finally, it is the only Chronomaster not to have a tachymeter scale.

This example, reference 85006 /3835, is in good condition, and all its components are period consistent.

An Extra Score of + 0.5 is given for its overall aesthetic consistency. 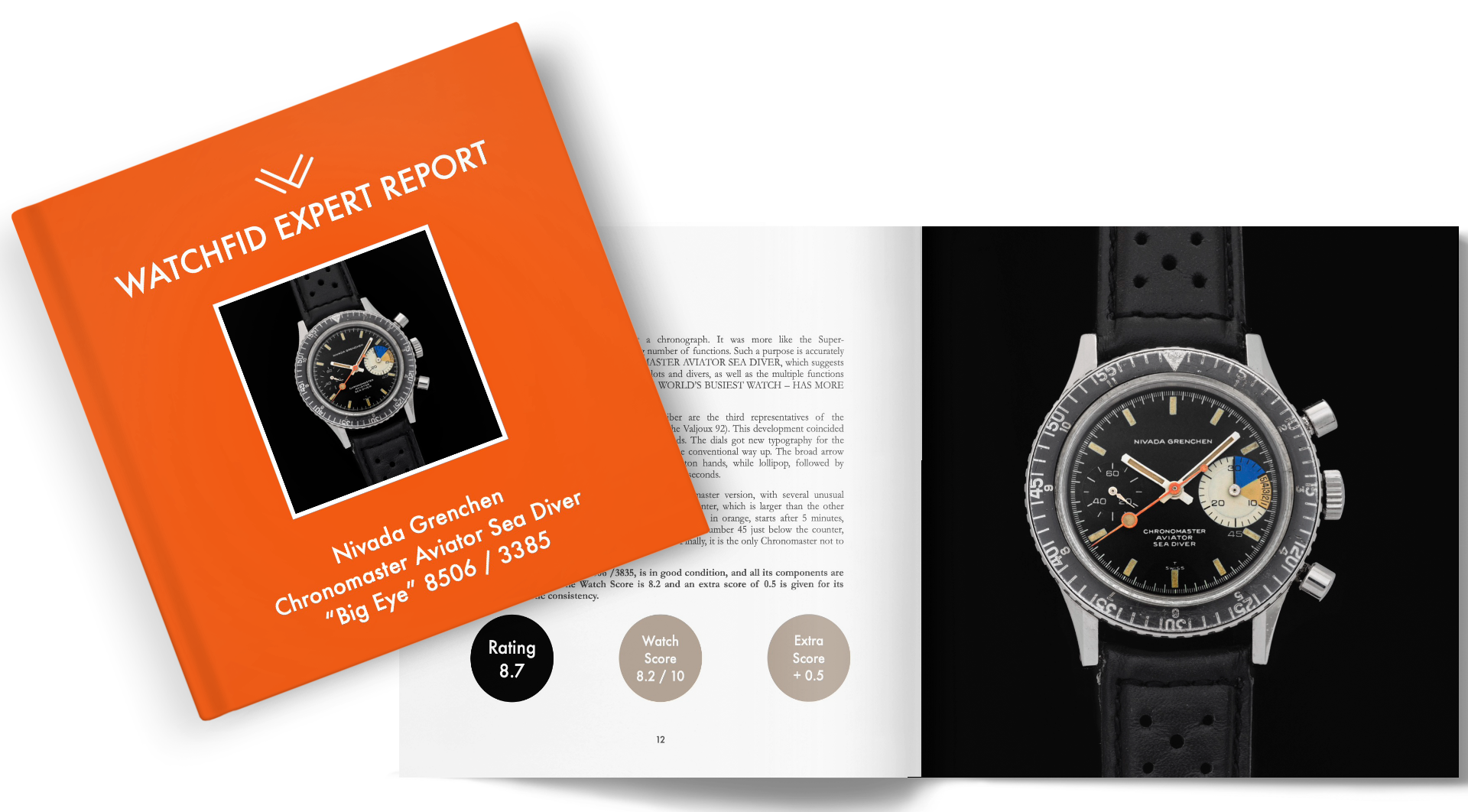