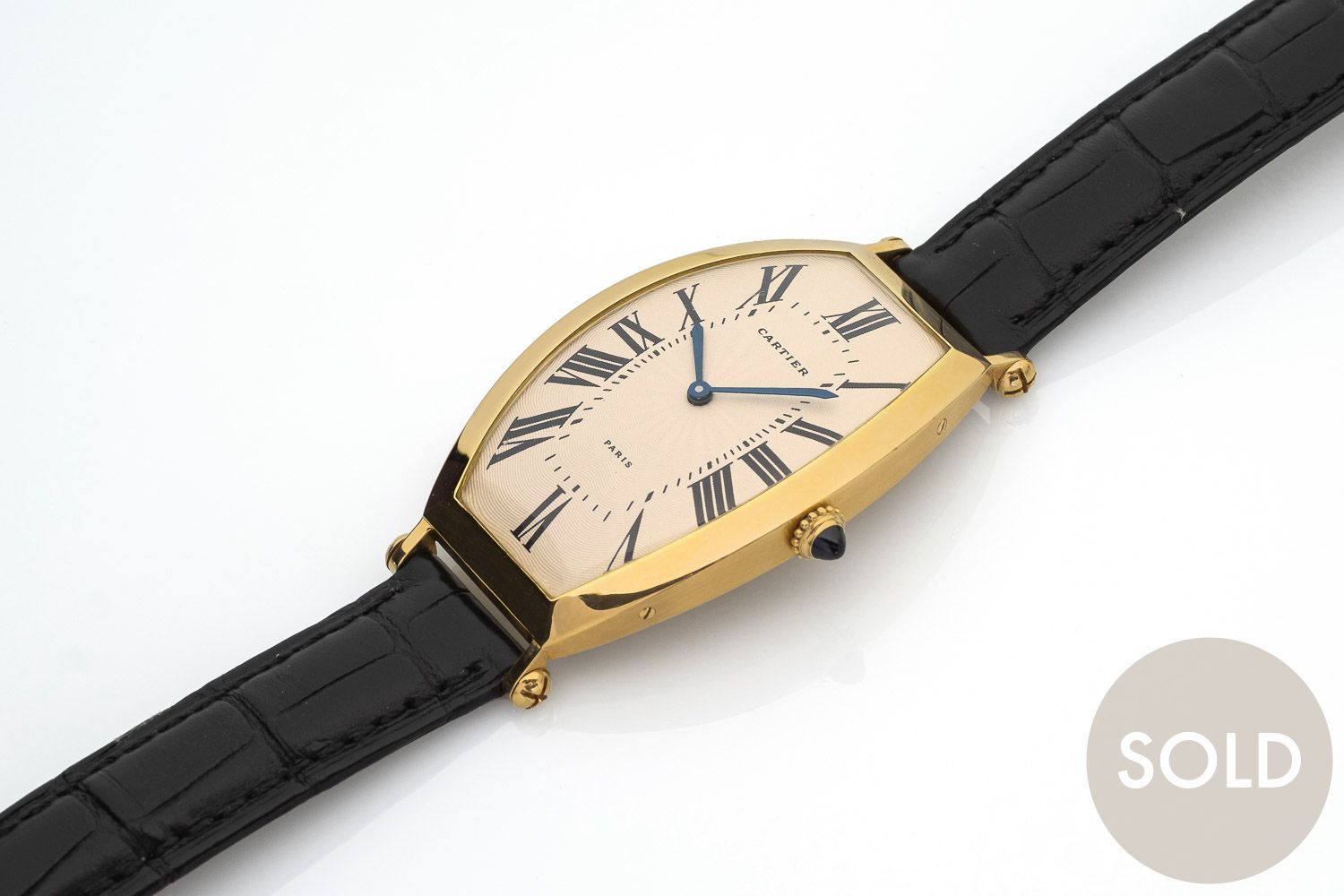 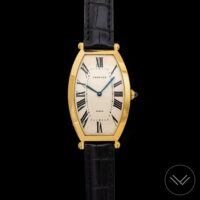 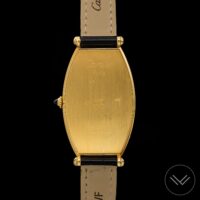 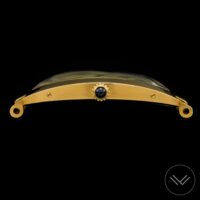 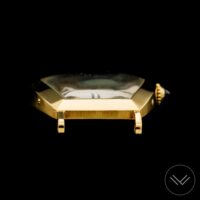 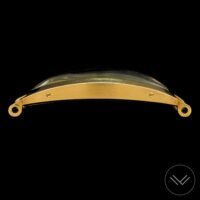 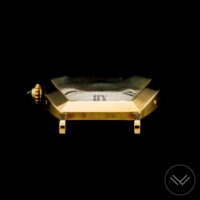 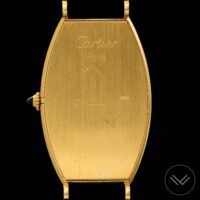 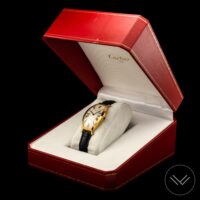 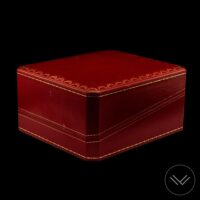 The Tonneau is probably one of Cartier’s most elegant models in the collection. The history of Cartier models shows us that it is the second oldest model. In line up there was first the Santos Dumont, designed in 1904, and then the Tonneau in 1906.

The Tonneau was originally designed for men. In these early years most models were a lot smaller than nowadays. Despite the fact that the case was small, it still was a men’s watch. It has always been a time-only dress watch (or a two timezone watch, with two small individual movements).

In the eighties and nineties, the Tonneau was proposed in yellow gold or in platinum, for men and for women in a smaller size (there was also a lady version with diamonds).

In 2006, Cartier released a Tonneau XL in a 51,4 mm case (the previous men model was 39 mm), just when the watch existed a century in the catalogue. Not only was the case larger, also the strap was wider and was designed, to go slightly beyond the the lugs.

Until 2008, the Tonneau models were available only in the CPCP Collection, in 3 sizes, yellow gold and platinum (and white gold for the two-time zone version).

It has been reintroduced by Cartier in 2019 with 4 new models (rose gold and platinum, time only and two-time zone skeleton).

The present model is an early series from the 1980s, in perfect condition. It is fitted with a manual-winding 78 caliber, a beautiful guilloché dial, and a deployant buckle.