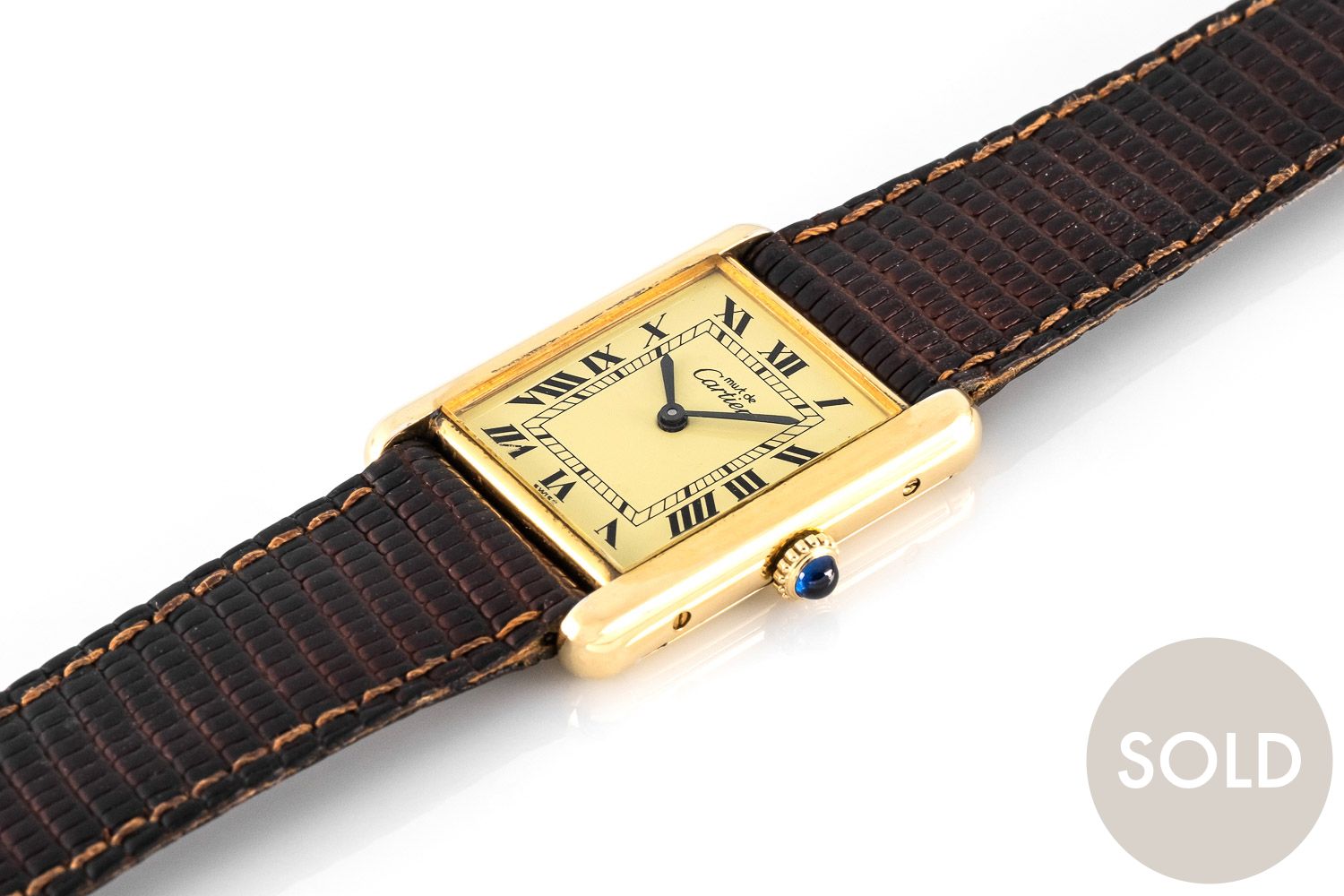 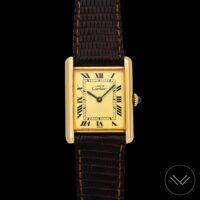 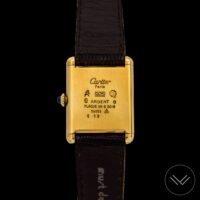 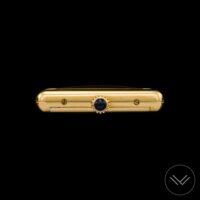 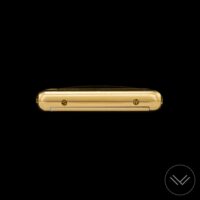 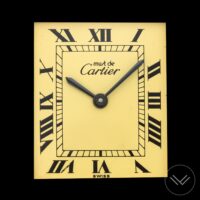 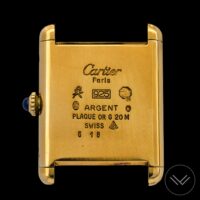 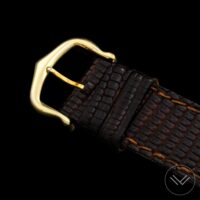 The manual-winding models were fitted with the 78 caliber, just as their cousin, the Tank Louis Cartier of the same period, with exactly the same dimensions. Actually the only difference with the Tank Louis Cartier 78086 reference is that they are not in solid gold but in vermeil, and they have the mention “Must de” on their dial. Some of those “Must” dials are very interesting because of their specific colors, like this cream colored one for instance.

This example is in perfect condition, with a beautiful case, nice engravings on the caseback, and a perfect dial with an amazing patina.