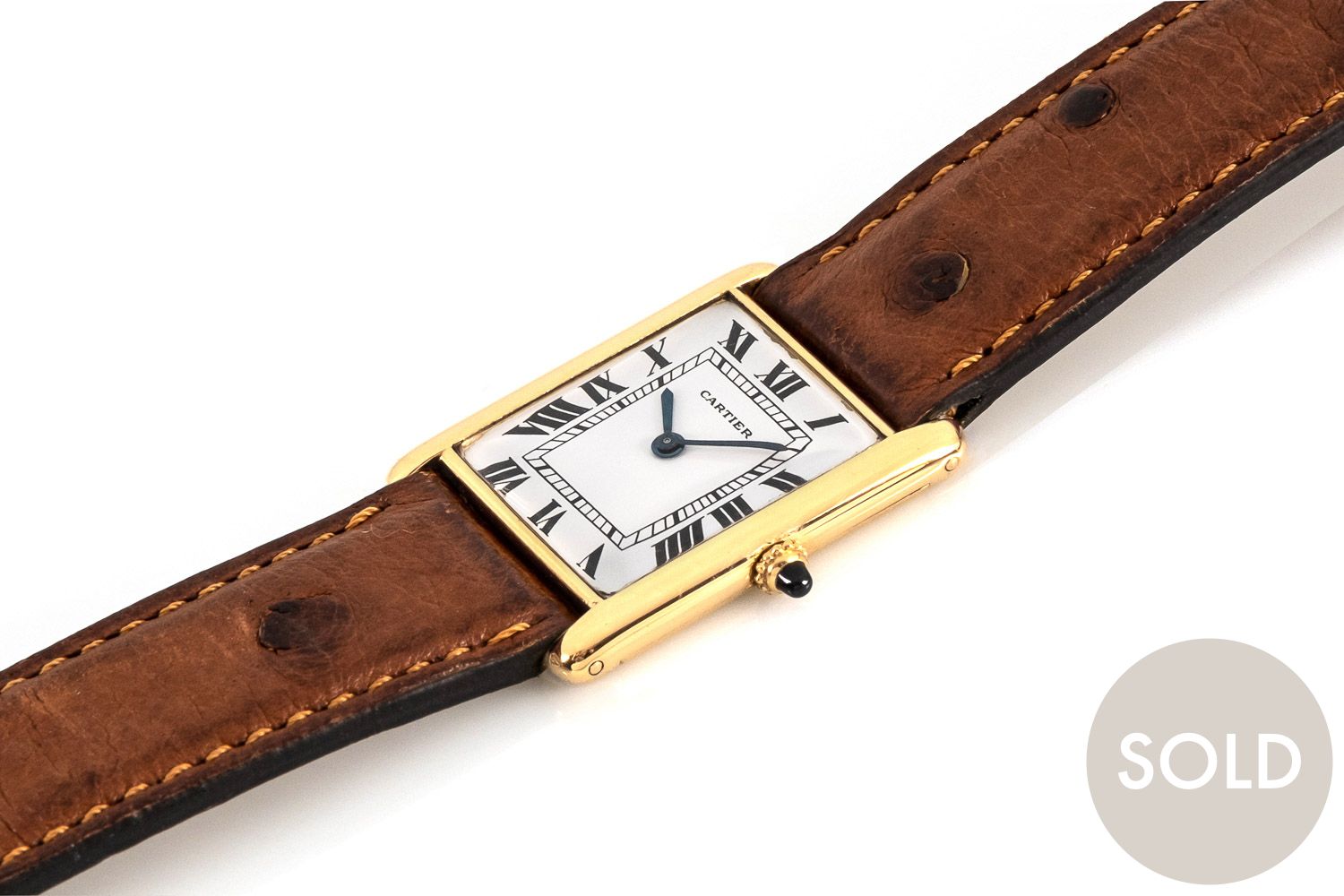 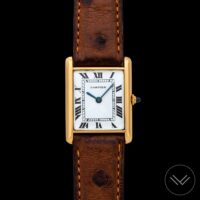 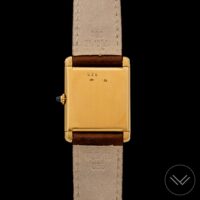 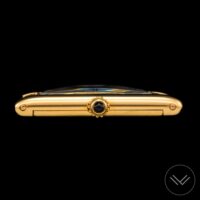 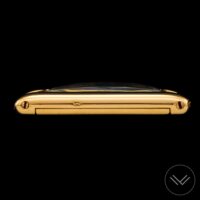 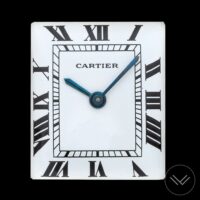 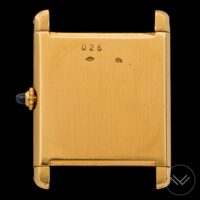 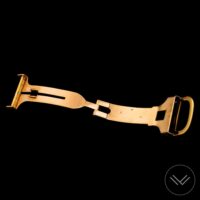 During almost 100 years, the Tank Louis Cartier has been fitted with many different movements, including European Watch & Clock calibers at the beginning (EWC was a joint venture company created by Cartier and Edmond Jaeger in the 1920s), Jaeger LeCoultre, ETA, Audemars Piguet, Frédéric Piguet…

This watch is a nice example of Tank Louis Cartier from the 1960s, produced before the Company reorganization occurred in the 1970s.

It is in excellent condition, fitted with a beautiful original dial, a Jaeger LeCoultre base 838 caliber, and a period correct solid gold deployant buckle (numbered and signed). It is a very nice example of pre-1970s Tank Louis Cartier, which are very rare (actually the production was very low at that time) and particularly sought-after by watch collectors.