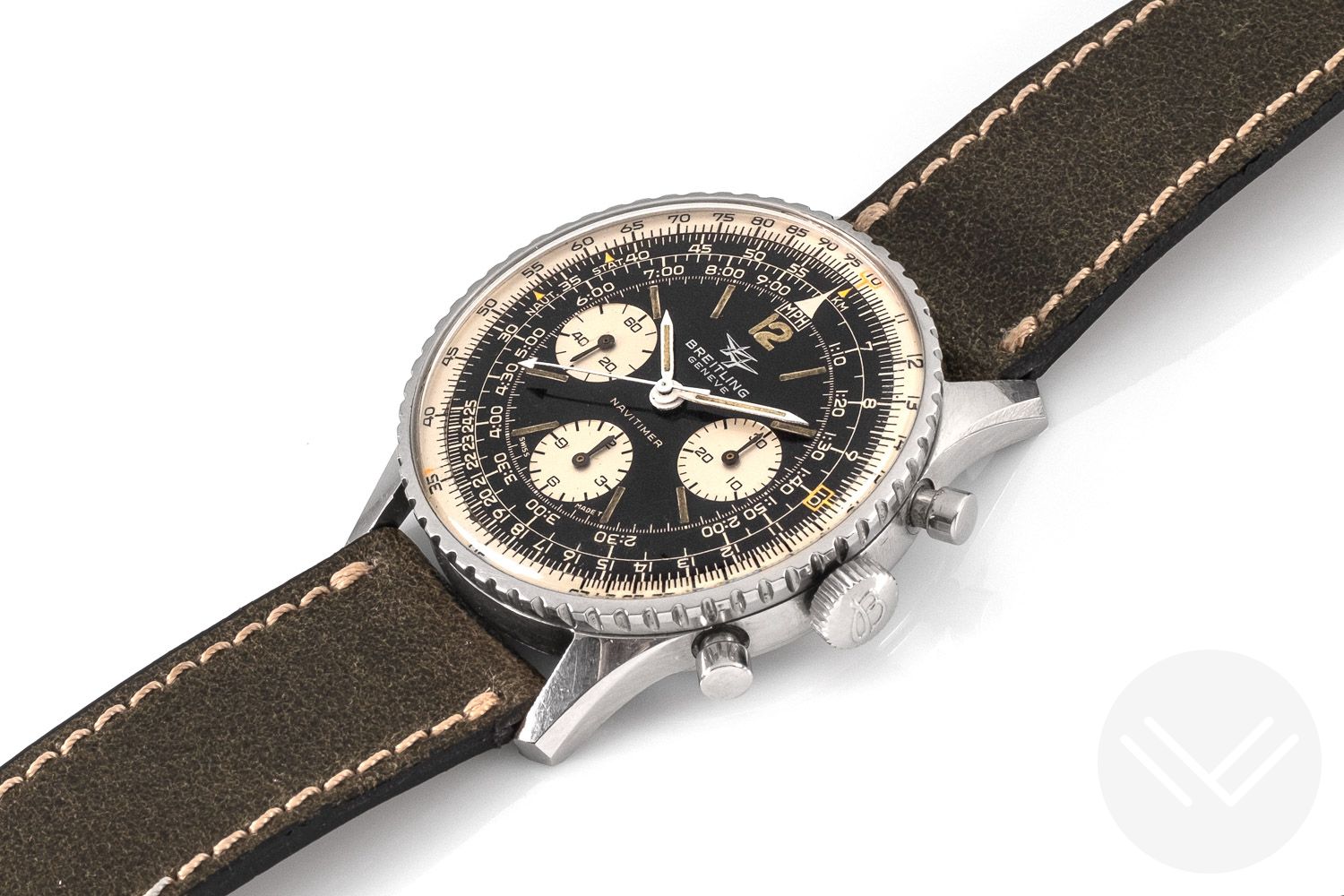 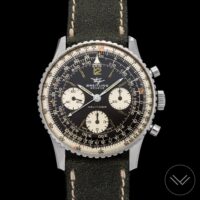 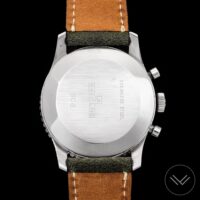 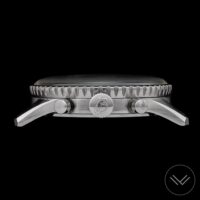 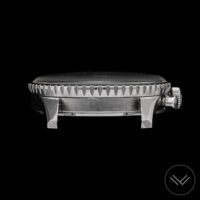 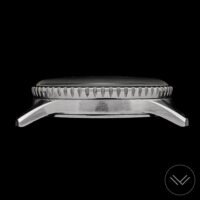 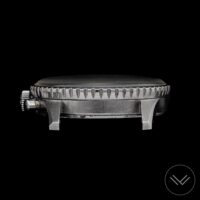 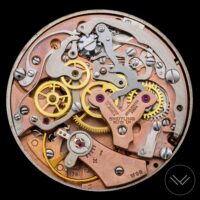 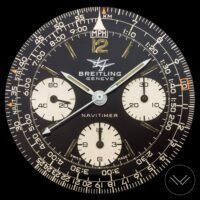 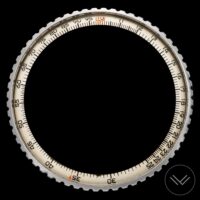 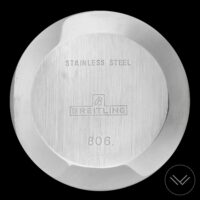 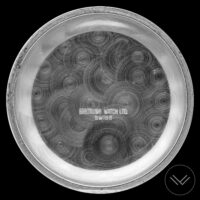 These challenging requirements were made possible by a logarithmic slide rule integrated into a rotating bezel. The NAVITIMER was born, with presumably the first examples produced in 1954.

The very first Navitimers were fitted with a Valjoux 72 calibre, quickly replaced by the Venus 178 (reference 806). The dials were completely black and there were several variations of inscriptions, some without the name BREITLING, but all had the applied gold AOPA wings. In 1963, readability was improved with contrasting white/silver subdials and the replacement of Arabic numerals by indexes (only the 12 was kept). The beaded bezel was replaced about a year later with a milled edge bezel. Around 1965, Breitling introduced its “Twin Jets” logo.

The present model, reference 806, is characterized by a red box enclosing the number 10 of the dial and of the bezel, corresponding to the unit index for calculations. That’s why it is nicknamed “Box 10” or “Red Box”. It was produced around 1967 and 1968.

It is in very good condition, with parts conforming to the original, earning a Watch Score of 8.5. 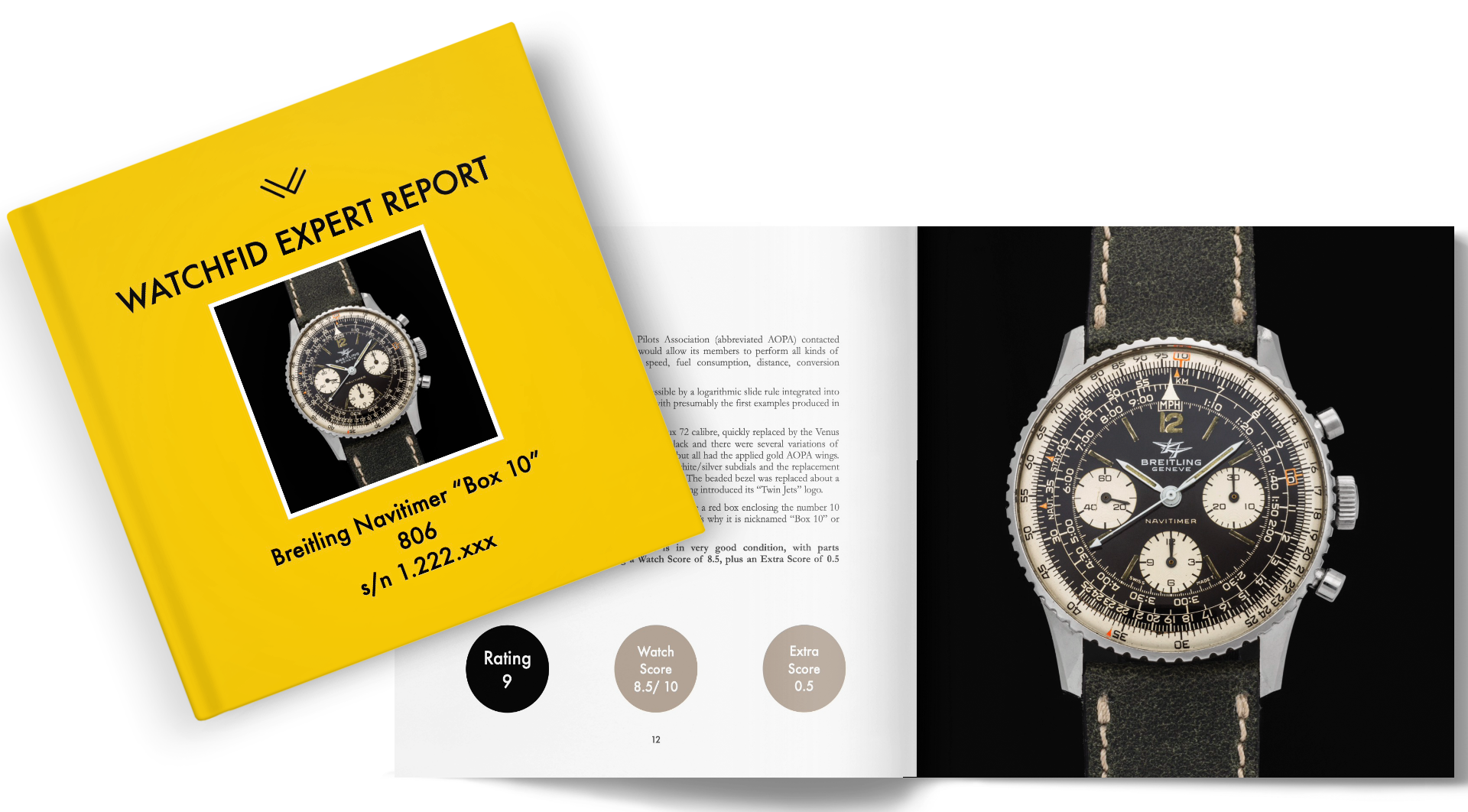