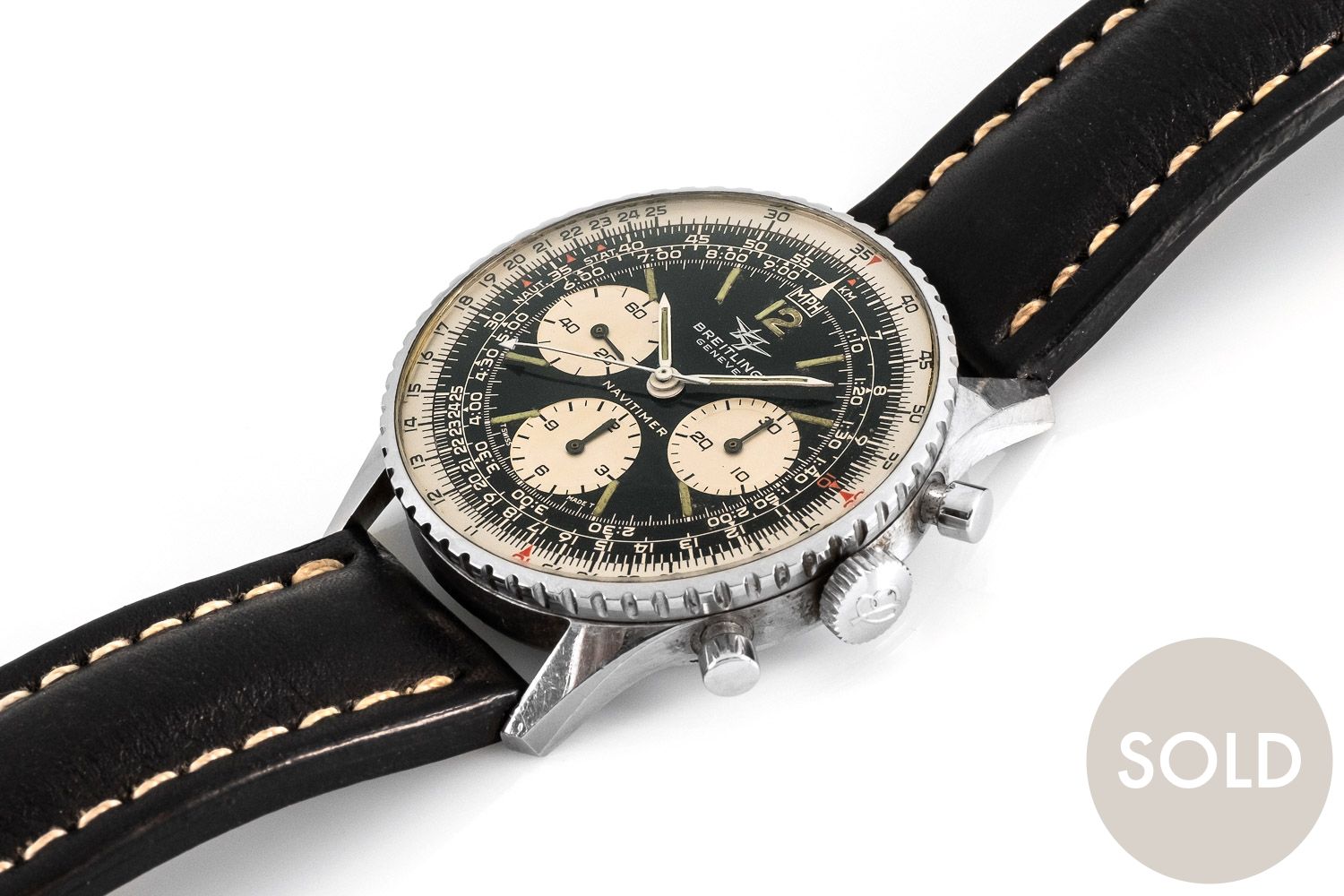 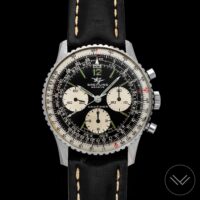 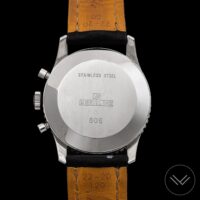 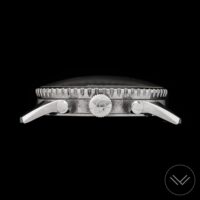 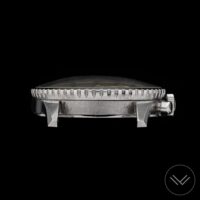 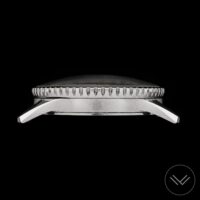 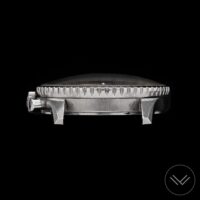 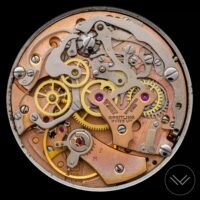 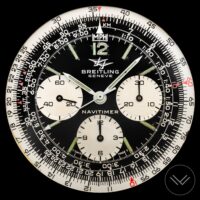 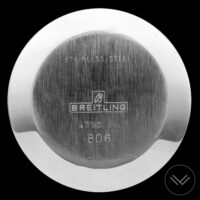 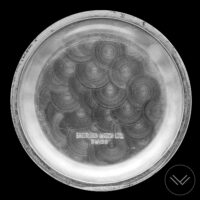 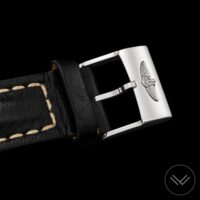 The very first Navitimers were fitted with a Valjoux 72 calibre, quickly replaced by the Venus 178 (reference 806). The dials were completely black and there were several variations of inscriptions, some without the name BREITLING, but all had the applied gold AOPA wings. In 1963, readability was improved with contrasting silver subdials and the replacement of Arabic numerals by indexes (only the 12 was kept). The beaded bezel was replaced about a year later with a milled edge bezel. Around 1965, Breitling introduced its “Twin Jets” logo. At the end of the 1960s, the diameter of the subdials was increased and this version nicknamed “Big Eye”.

The present model, reference 806, is of the third generation, characterized by a “Big Eye” dial and a new bezel insert featuring the numbers 10 and 60 in red. 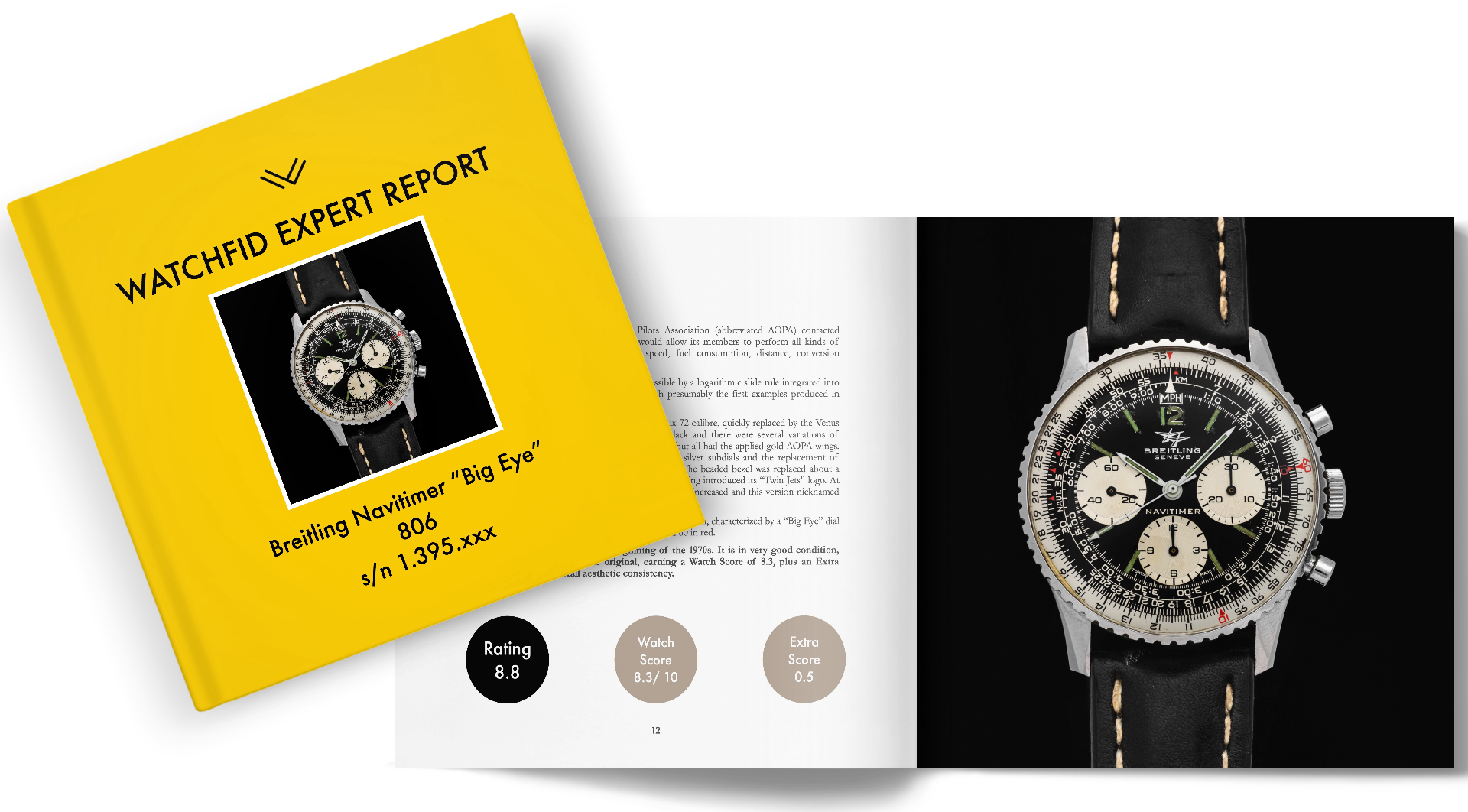